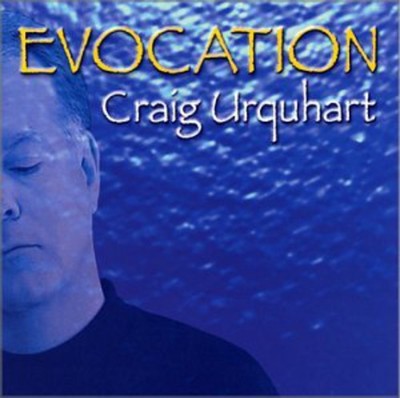 PRESS QUOTES: CRAIG URQUHART takes you even deeper into the possibilities of solo piano music... subtle as moonlight reflecting on ocean waves, yet [retaining] a thoughtfulness and elegance that betray [it's] classical origins. LINDA KOHANOV, Pulse Magazine One of the finest independent pianists in America. BRADLEY TORREANO, All Music Guide One of new age's most transcendent voices. PETER MANZI, New Age Voice Magazine A beautiful addition to the collection of a fan who loves new age piano music. JONATHAN WIDRAN, All Music Guide A stunning collection of original piano solos, I give it my highest recommendation. KATHY PARSONS, Solo Piano Publications An inspiring listening experience that will touch your soul and water your eyes. MICHAEL DEBBAGE, Wind and Wire Wonderful! RICHARD MAURO, Producer, Sacred World Music, KFCK-FM Craig Urquhart's 'On This Wondrous Sea' was especially effective. ALLAN KOZINN, The New York Times (From review of Lauren Wagner's song recital at Carnegie Hall's Weill Recital Hall) ...notable for sensitive and knowing settings of the Whitman text. David Hall From STEREO REVIEW's review of Thomas Hampson's 'To The Soul.' Solo piano at it's most personal and heartfelt. KATHY PARSONS, Solo Piano Publications ... simply excellent music... an exceptional CD! NORVEL TROSST, Producer, 'Soundspace,' KPBX-FM, An incredible pianist and artist... so delicate and gentle that it almost feels fragile - very, very beautiful. KATHY PARSONS, Solo Piano Publications ...sensitive piano playing.... STEPHEN HILL, Hearts of Space An exceptionally expressive pianist, giving his music a broad range of musical colors. KATHY PARSONS, Solo Piano Publications Composer/solo pianist Craig Urquhart creates rich melodic landscapes which blossom into dramatic journeys from the heart. Expressing his passion for the environment as well as a belief in the healing power of music, while drawing upon the influences of classical music's keyboard masters, Urquhart has become one of modern acoustic piano's most transcendent voices. Urquhart's timeless sound and compositional focus has gradually shifted from academic classical music to a more lyrical personal voice. His music draws upon the influence of such iconic keyboard composers as Bach, Schumann, Mendelssohn, Chopin, Debussy, Satie and Copland, but Urquhart also considers pop/rock musicians Joni Mitchell, Laura Nyro, and Brian Eno as creative influences. The composer's love of the piano began at age six, when he began taking piano lessons as a child growing up in Michigan; however he credits Leonard Bernstein's CBS series The Young People's Concerts with The New York Philharmonic as 'literally educating a whole generation of kids about music, including myself.' Moving to New York City after receiving his Master's in Composition from the University of Michigan, Urquhart left some of his music with Bernstein's Manhattan doorman; the Maestro called Urquhart back, and the two became acquainted. In 1985 Urquhart was hired as Bernstein's musical assistant, and worked for Bernstein until the composer's death in 1990. He also served for ten years as a member of the music faculty at the Harlem School of the Arts, and was actor Tom Hulce's musical coach for the Academy Award winning film Amadeus. Urquhart is also a well-known composer of American classical art songs, including musical settings of poems by Emily Dickinson and Walt Whitman. His songs have been performed and recorded by Thomas Hampson, Michael Slattery, Lauren Wagner and other artists. Urquhart has been actively involved in a wide array of social and environmental causes over the years, performing at the United Nations for National AIDS Awareness Day and Earth Day, as well as at benefit concerts for such organizations as the Tidewater AIDS Taskforce of Norfolk, Virginia, Momentum AIDS Project in New York and Bread & Roses AIDS hospice in Connecticut. His 'The Wonder of Miracles' was choreographed by the Turtle's Dance Company for a memorial concert at the Cathedral St. John the Divine. SHEET MUSIC of Urquhart's solo piano works is available for purchase through his website (www.craigurquhart.com). Produced by Scott Petito and Craig Urquhart Piano Technician Alexander Ostrovsky.

Here's what you say about
Craig Urquhart - Evocation.