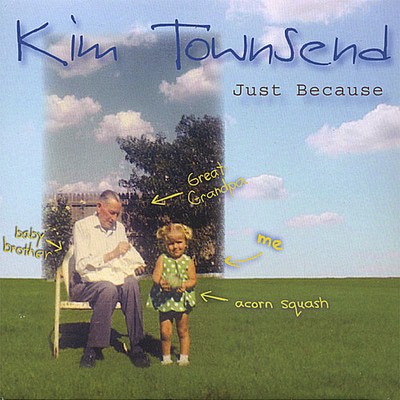 When only a small child, Kim Townsend had a tremendous "crush" on Glen Campbell and his ability to play multiple instruments. Kim was so smitten that at age FIVE she, too, began playing guitar and soon added more than a dozen instruments to her amazing and ever-increasing repertoire! Now the Lubbock, Texas native has grown to become an accomplished singer/songwriter herself; proving to be a versatile entertainer who is as comfortable playing in a quiet coffeehouse or rowdy night club as she is for an intimate house concert or multi-stage music festival! Kim routinely performs in Austin, the Hill Country area, Lubbock, and Dallas in addition to her frequent shows in Oklahoma, Seattle, the Pacific Northwest, and all points in between. She has been honored to 'open' for such notable acts as Nanci Griffith, Bob Franke, Susan Gibson, the McKay Brothers, and Jay-Boy Adams, as well as performing at Seattle's annual Northwest Folklife Festival, the Oklahoma State Fair, the Buddy Holly Center's Summer Songwriter Showcase Series in Lubbock, the National Cowboy Symposium, and twice with her band at the Albuquerque International Balloon Fiesta where they recently opened for the Marshall Tucker Band! Kim has received outstanding reviews for her original songs from both print and cyber media, as well as national and international radio airplay; while consistent touring has created a rapidly growing Kim Townsend fan base that spans the U.S. and abroad! Radio and television ads have featured her music as well as a documentary film that was shot for IMAX theaters, and plans are currently 'in the works' to use three songs from her latest CD in an upcoming feature film! In addition, her songs have been selected as finalists in the Austin Songwriter's Contest, the Woody Guthrie Songwriting Contest, the Texas Country Reporter's Songwriting Contest, and she was recently selected as one of First Act Guitar's 'Emerging Artists'. Kim Townsend is a true songstress... clever and refreshing... nothing short of an excellent entertainer whose engaging shows keep audiences of all ages constantly requesting 'just ONE more song'!

Here's what you say about
Kim Townsend - Just Because.