The Objectives - It Was the 60s 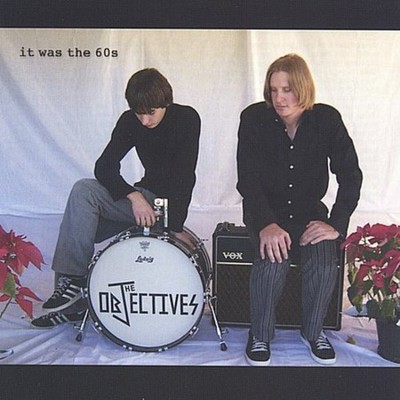 Erich Hillhouse - lead vocals, guitar Evan Hillhouse -drums/percussion, piano, backing and harmony vocals This is what you should know about The Objectives: The band is made up of two brothers - Erich and Evan. They were raised in a musical family - at least their dad is a musician, their mom can only play the radio. Since they were young tykes, their dad always had a rock and roll band that played local clubs and venues. When their dad's band played various clubs in Hollywood, the boys decided that they would play there someday. Erich started his musical career by playing John Lennon's 'Imagine' on the piano when he was 13 at a New Year's gig that his dad had. He then branched into guitar and bass, although he spent some time also learning the piano. The family always says that Evan was playing 'air drums' at the time of his birth. He graduated to a Muppet drum set when he was nine months old. He started sitting in with his dad's band from the age of five to play his version of 'Suzie Q,' 'Hey Bulldog,' and 'Fire.' At the age of 8, Evan won the tri-counties drum contest in the under 17 category, winning over dozens of teenaged drummers. In middle school, Evan won the most outstanding musician, after serving as percussion section leader for each year. So here we are now. Erich is the tall blonde who sings the songs that he writes. Evan is the lanky brunette who hasn't yet met an instrument that he can't play. The boys are influenced by a bunch of bands like the Beatles, singularly and collectively (of course!), Dylan, The Jam, The Kinks, and Big Star. Their music is kind of a smorgasbord of rock, pop, folk, and psychedelic tunes. Obviously, they get bored quickly, and cycle from one musical genre to another like a schizophrenic with no lithium. If one song doesn't do it for you, another one probably will. Thanks for listening!

Here's what you say about
The Objectives - It Was the 60s.