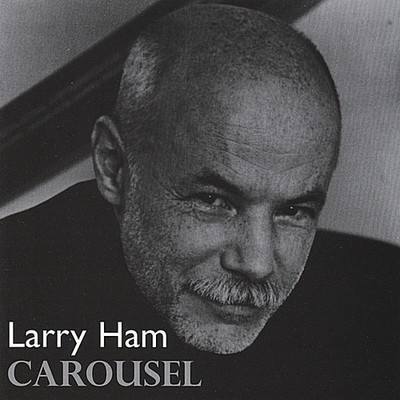 Recent Press about Larry Ham and Carousel: 'a versatile player capable of effortless sounding bebop lines and emotionally acute ballad interpretations.' Mike Neely-All About Jazz 'He glides over the keys with every note, even those in a grace note turn, articulated cleanly...his playing is masterful. -David Dupont-Cadence Jazz Magazine 'Larry Ham...is in top form on this superior set of trio and solo numbers.' Scott Yanow-Jazz Improv --------------------------------------------------------- Larry Ham is a noted jazz pianist, composer and arranger, based in New York City since 1985. Best known as a sideman, he performs, tours, and records with many of today's great jazz artists. He is also gaining recognition as a band leader, with the recent release of his CD 'Carousel' featuring his compositions and arrangements for piano trio, and solo piano. His recent New York appearances include Jazz at Lincoln Center, Carnegie Hall, The Blue Note, The Village Vanguard, Smalls, and The Tavern on the Green. Larry began his professional career in the Lionel Hampton Orchestra in 1986-87. He was pianist in the Illinois Jacquet Big Band 1990-95 and has also worked with countless other jazz legends. He has appeared at jazz festivals, concerts and nightclubs throughout the United States, Europe, West Africa, and Japan. He is currently pianist in the Earl May Quartet, pianist with alto saxophonist Dave Glasser, and accompanist for vocalist Catherine Russell. He is also the pianist and arranger for JazzImpact, an international arts-based corporate enrichment program. His jazz festival performances include the Grande Parade du Jazz in Nice, France, the North Sea Festival in The Hague, Holland, the Pori Jazz Festival in Finland, Jazz Yatra in Bombay, India, The Charlie Parker Festival in New York, the Ottawa Jazz Festival, and at the Kennedy Center in Washington DC. He also performed at the White House for President Reagan and for President Clinton's 1992 Inaugural Ball. Larry appeared in the jazz film 'Texas Tenor' and has been a guest on TV programs including 'The Today Show' (NBC) 'Breakfast Time' (FX) and has been featured on NPR programs such as "Jazz Set with Dee Dee Bridgewater" and on Judy Carmichael's program "Jazz Inspired." As a United States Department of State Jazz Ambassador, Larry toured eleven West African nations in 2001-02 in a cultural exchange program, performing in concert, and conducting workshops on the art of playing jazz. From 2002-05 he was pianist and musical director for the New York Tap Festival, also touring the United States and Russia, Greece and Italy. He recently joined longtime colleagues Illinois Jacquet and Renee Fleming in a reunion performance for 'Soundcheck' on WNYC-FM Public Radio, later broadcast on Nation Public Radio. In 2005-06, he toured extensively in the US, and performed in Japan, Germany and Poland. Larry earned a BA in Musical Studies from the Crane School of Music at SUNY Potsdam, and an MA in Jazz Performance from the Aaron Copland School of Music at Queens College in New York City.

Here's what you say about
Larry Ham - Carousel.