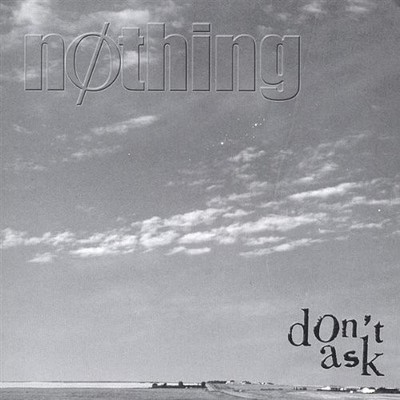 Artist description Sprite vocal harmony over an acoustic/electric instrumental blend, woven with a powerful percussive thread to defy the boundaries of musical genre...four souls worship at the altar of melody. Don't Ask is continually forging new original music out of the fires of imagination and experience. From the flames of Waco and Sarajevo to the wiles of the wombat, indulge in a feast of thoughtfully crafted songs courtesy of Todd Christoffel, songwriter extraordinaire, Crispin Faget, meister of guitar and vocal embellishments, Doug Aslin, indefatigable tanner of skin and cymbal. Dandy Dan Mohler threads it all together with his superb bass playing talents on this work. Artist History In the early 90s, Todd Christoffel and Crispin Faget formed String Theory with the concept of performing and recording the music they were creating. Over the following years other musicians passed through the ranks and added their talents to the voices and guitars of the two founding members. In 1996 one of these musical gypsies, Doug Aslin, decided to put down roots and incorporate his fine percussive skills into the mix. With a new member and new sound came a new name - Don't Ask (Inspired by the standard refrain to the question 'What kind of music do you play?'). Don't Ask continues to perform in the Seattle area and has recorded two compact discs. The music is ever evolving and revolving around the twin pillars of originality and melody. Group Members TODD CHRISTOFFEL Born in Chicago, Todd got his first taste of songwriting while making up irreverent lyrics to hymns which he belted out in Catholic church. As a youngster, he remembers his grandfather weeping while he serenaded him with Christmas carols (Was he really bad or really good?). Todd is self-taught and influenced by melodic songwriters such as the Beatles, Paul Simon, Elton John and the like. Todd has lived in Seattle for over 20 years now, has an amazing lack of stage fright and has written songs for as long as he can remember. These songs take up a tremendous amount of his limited gray matter. CRISPIN FAGET A native of New Orleans, Crispin bonded with the guitar in his early teens and developed his musical skills without formal training. Despite a southern residency, his influences were British, notably Wishbone Ash, Barclay James Harvest and British blues a la Eric Clapton and John Mayall. In 1989 Crispin moved to Seattle and soon became a founding member of Don't Ask. An occasional songwriter, his primary contribution to the band is the guitar, embellishing the songs with melodic accompaniment and solos. Additionally, he performs the vital function of capo position enforcement, citing (name withheld) for numerous infractions. Crispin has more than enough stage fright to offset Todd's lack thereof but nothing a couple of pints and an appreciative audience can't cure. DOUG ASLIN When he was young, Doug was an aspiring trombonist. As luck would have it, he knocked out his teeth in a bicycle accident and fate handed him drum sticks instead (Not to worry, he has teeth today). Thus began his drumming career at age 8. A Northwest native, Doug joined Don't Ask in 1996. Influenced by the perfected art of Dave Weckle, Dennis Chambers and William Kennedy, he takes a minimalist approach to the band's music. His role, as he will tell you, is to drive the group with subtle nuance, to get down when necessary, and embellish the melody at all cost. JIM FINK- Newest addition to the band. Bass player extraordinaire! Left handed bass and upright bass too! At least he was upright last time we checked!

Here's what you say about
Don't Ask - Nothing.