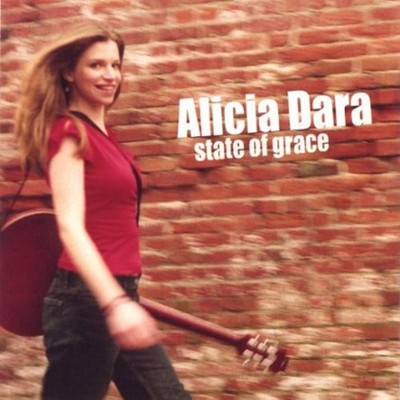 Alicia Dara is a singer, composer, performer and educator based in Seattle. She started her record label in 1997 and has released 4 self-produced CD's of original songs. As a session singer and musician she has appeared on over 50 recordings. As a singing teacher she has taught hundreds of private students and led numerous songwriting workshops. Alicia has written over 500 songs and is currently working on a book about songwriting with children. Her songs have appeared in film and TV soundtracks and can be heard all over the web. She has performed extensively in the US and Canada. Locally Alicia continues to appear in venues including the Showbox, the Crocodile, the Tractor Tavern, and Benaroya Hall. She's also played festivals including Bumbershoot, Folklife, and North by Northwest. In addition to performing with her full band she is the founder of Electric Ladyland, an all-female collective of singer-songwriters who play solo electric sets on a shared bill. Born to a family of symphony musicians in Vancouver, BC, Alicia's childhood love of popular music earned her the role of black sheep. At age 18 she was accepted into the prestigious American Musical and Dramatic Academy in New York City. During her time in NYC she began singing back-up in local rock bands and became known for her dynamic vocal range and fiery stage presence. After graduating from conservatory she returned to the West Coast and began writing her first CD. Alicia formed Stegosaurus Records in '97 and has released 4 self-produced CD's. The first, 'Thrive', was a 5-song acoustic EP that introduced Alicia's unique voice. Number two was 'Toys', a full-length CD with a full band and edgier sound. Alicia's songwriting talent caught the ear of an L.A. producer in '99 and she was invited to join ASCAP's Advanced Songwriter's Workshop, led by Jackson Browne and Michelle Shocked. 'Toys' sold well and brought Alicia's talent to a much larger audience. In 2001 Alicia released 'Alchemy', a haunting and melodic piano-based record. 'Alchemy' was co-produced with Experience Music Project sound designer Brad Purkey and featured a host of Seattle musicians. Once again her songs were noted for their skillfull blend of passion and melody and were compared to those of Kate Bush and Jeff Buckley. Her 4th CD 'State of Grace' marked a new level of vision and skill. Produced and engineered by platinum-selling producer Tom Hall (Queensryche), it featured guitarist Eric Schermerhorn (David Bowie, Iggy Pop, Sheryl Crow) and drummer/percussionist Matthew Burgess (Three Doors Down, Ann Wilson, the Spin Doctors). Recorded entirely in analogue medium, Alicia's shimmering voice and hollowbody guitar is the central focus. With a solid band and professional production this 5-song EP became Alicia's most popular CD. The last few years have brought a concentrated web audience to Alicia's music. She is represented on hundreds of sites all over the world. Her own site's popularity is further augmented by fan sites where they collect and distribute rare b-sides and covers. Alicia's cover of Radiohead's 'High and Dry' was posted on a UK fan site and became their biggest dowload. She also recorded an a-capella version of Kate Bush's 'And Dream of Sheep' which continues to be collected by fans around the world. Plans for 2005 include an East Coast tour, a music video, and more film soundtrack songs. Currently Alicia is writing her 5th CD. She continues to teach and perform in Seattle.

Here's what you say about
Alicia Dara - State of Grace.