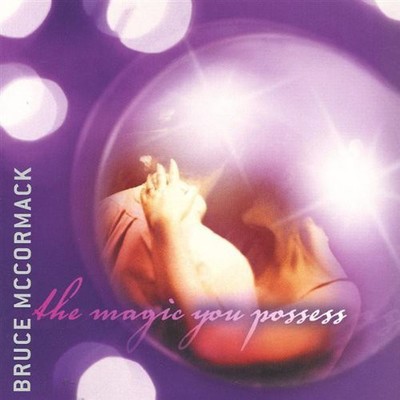 Bruce McCormack 565 Sparks Boulevard #295 . Sparks, Nevada, USA . 1-775-331-1482 Bruce McCormack is a songwriter, vocalist and keyboard player based in Sparks, Nevada. He appears regularly throughout Nevada and California as a member of the popular group, Louie Fontaine & the Rockets. The band plays primarily in the Nevada cabaret circuit. During his experience of thirty years, Bruce McCormack has written more than 150 songs of all genres: country, swing, rock, blues and novelty. In the late70's he released his first album- No Ordinary Love. His latest CD, The Magic You Possess [2000], is available for purchase at CD Baby.com. One of the reasons Bruce McCormack writes music is because he loves to tell a story through the medium of a song. . Musicians that have especially influenced his writing style include Billy Joel, Elton John, and James Taylor. His singing style has been influenced by Nat King Cole and Louis Armstrong. Mr. McCormack grew up in northern California and has always had a great passion for music. Upon enrolling at the University of California at Berkeley, vocational tests suggested a profession of service. Sharing his music has become this service. Mr. McCormack has always felt a deep commitment to his audiences: 'My singing and my music have always been well received, and it is through this that I know I am being of service to my audience.' His keyboard & vocal foundation rest upon eight years of classical piano training and two years of classical vocal training with the renowned Karl Lindemann in the Italian Bel Canto method. During the 1970s & 1980s, Bruce McCormack played in top 40 country & western bands. Some of his credits include performances with Caribou, Heather, Bootstraps, Oasis, The California Cowboys, Edie Gainer and Dezire, Passenger and many other prominent groups. He has opened up for George Strait, Earl Thomas Conley, Highway 101, Tanya Tucker, Restless Heart, Southern Pacific, Patty Loveless, Mickey Gilley, Pam Tillis, and many other large acts. Bruce McCormack can be reached by telephone at 1+(775) 331-1482.

Here's what you say about
Bruce McCormack - Magic You Possess.