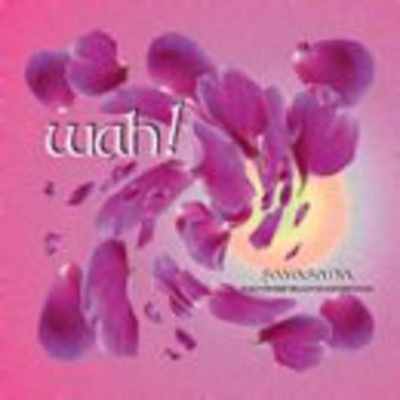 Savasana (pronounced shav-AH-sah-na) is a technique of relaxing the body, mind and spirit. It is a yogic practice which is as specific as all the other postures (or asanas) practiced during yoga class. It is a systematic relaxation of body tissue, brain, bones, organs, and cells. In it's simplest form, Savasana is a cool-out time at the end of a hard work-out, a time to let the muscles relax, and allow the mind to rest peacefully. In it's most complex form, Savasana is an out-of-body experience. As I was taught Savasana, the body is covered by a blanket and then willfully immobilized. No part of the body is permitted to move, with the exception of automatic breathing motion. Starting with the feet, the student systematically commands the parts of the body to relax. 'Relax the toes, relax the feet, relax the ankles,' and so on. As the body parts are named, the body naturally responds to the command by relaxing and dissolving not only tensions, but their very presence. In India, the attendant is often left sitting next to a blanket with nothing underneath it! The attendant is paramount, because it watches over the identity to which the yogi will return. It is never touched or altered, until the body is re-entered. When I played music for Savasana at the end of yoga class, I received strong reactions. Because Savasana was taught to me as a time of deep healing, a time of dissolving ego, scars, and worldly attachments, I went to a deep place as I sang. To me, it was not a song. It was a process of deepening into awareness. I was dissolving into an evaporated state of being as I sang. When I entered the studio to record these songs, I honestly didn't know how to approach it. I couldn't just come up with a few tunes and record them. It seemed trite and pointless. I had to honor the process. So, I decided to enter the studio and practice 'dissolving' on tape. There were no songs, no melodies. I had only a few deities written on a piece of paper. As the engineer rolled tape, I attempted to pray and dissolve for a projected time of 7 minutes. Om Shanti, wah! More at..... www.wahmusic.com Editorial Reviews Derk Richardson/Yoga Journal Magazine By working wtihin humbly defined musical boundaries and remaining clear in her intention, Wah! Escapes the pitfalls into which much music made for yoga and meditation falls. Any music with too much going on, especially in terms of busy rhythms, complex harmonic changes, or attention-grabbing solos, would obviously distract, but anything too simplistic or bland can actually irritate one's musical sensibilities... Wah! ^#^keeps her vocalizing unaffected and unornamented, allowing the wafting melody lines to unfurl with breezelike simplicity.... (August 2002) (read more...) Backroads Music/Corte Madera, CA This CD is a cohesive, sensitive effort. 'Savasana' refers to the deep relaxation practice which is often done at the end of yoga classes. These are spontaneous recordings 'in the moment' with only the basic focus in mind. The resulting effect is one of restful prayer, and these chants are easily adaptable to any practice, be it yoga, meditation or relaxed listening. The opening and closing pieces are invocations, with the tracks in beween comprised of mostly familiar, simple chants such as 'Govinda Jaya Jaya,' 'Radhe,' 'Hare Krishna,' 'Om Namah Shivaya,' 'Shree Ram,' etc.. Light of Consciousness Magazine (Winter 2002) Imagine yourself in a swing hung from the sky and swinging as wide as the universe... this is the expansiveness conveyed in Savasana....sustained chants, with Wah's velvety voice.... So relaxing, it will leave you breathless. (read more...) Fan Reviews Fred/Chattanooga, TN I really like your version of Lokaha Samastaha Sukhino Bhavantu. This has always been one of my favorite Nada Yoga chants. 09/07/03 David Devine/USA I was first introduced to your music at Kripalu and was blown away. I recently purchased your CD 'Savasana' and have been using it while I give Thai yoga massage, as well as during my private yoga practice. This music and your voice take me to a place I have not reached before and I want to thank you for that. Keep creating incredible music!! 1/5/03 Shawn Grim/Excelsior, Minnesota Finding languid, luscious, richly moving music to support the bodywork I do, is not always easy. While in a herb & book store recently, the Savasana CD started playing. By the middle of the third song I was at the counter asking for the title and author. 'That's funny, you're the fourth person to ask since we've put in this CD a couple minutes ago!' Needless to say I ordered a copy for myself, a friend and another practitioner. 12/20/02 Suzanne Sandler/AZ I chanted with you in AZ at Yoga Vision and checked out the CD's...since then I have been going to sleep to 'Savasana' and I HAVE TO THANK YOU. I have always had trouble sleeping and it puts me right to sleep (in fact, I can't listen to it during the day or I want to get under the covers:) so...simply, thank you thank you thank you for sharing your magic. 5/13/02 Paula Macali/New York, NY I was just given your CD Savasana by a dear friend who attended your concerts here in New York. I can't thank you enough for your Divine voice. I am a bodyworker and yoga teacher here in New York, and I have played your CD everyday since I received it. It connects me right into God energy. I thank you for all you have done to attune to your highest power and use it to the benefit of helping others. You are a truly gifted soul. 4/22/02 David Keller/USA I saw you at the most recent Inner Directions gathering. I was deeply moved by your performance and presence. This weekend I bought your Savasana CD. The 'Opening' piece - what can I say - it alone is worth a 1000 other albums. What a beautiful and gracious being you are! My heartfelt blessings. 4/15/02 more at.... www.wahmusic.com.

Here's what you say about
Wah! - Savasana.