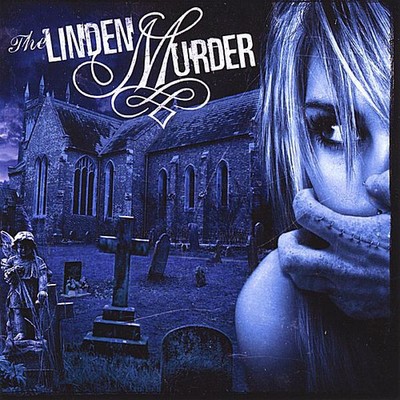 The Linden Murder The world of music is divided into various categories. All music is from the heart. Some, from the soul. One thing that everyone must acknowledge is music\'s ability to unite even the most unlikely of people. For all music is an expression. \'There is always music amongst the trees in the garden, but our hearts must be very quiet to hear it.\' Music now is divided into to separate worlds. The sounds of the mainstream, and the sounds of the underground. In the early 1980s, bands like D.O.A, Black flag and, Minor threat. Had no idea what they were getting themselves into, when they decided to get together, and form a genre of music known as Hardcore. Some bands we remember. Others we simply forget. Originality in the hardcore scene is hard to come by. There are many waves in which hardcore music has surfed. It is time to bring something new to the ears and eyes, of it's disciples. The Linden Murder has come to that realization, that being unique isn\'t easy. They have developed a current style that they feel is the new sound of hardcore. With an eclectic sound of Led Zepplin guitar riffs and Meshuggah style breakdowns. Formed in 2003, The Linden Murder started with a solid line up, came out with a fresh sound, and good attitude. The band released a self titled 4 song demo. Shortly after the demo was released, the bands original singer Chris Johnson had left the band. In comes current singer Justin \'Ichi\' Ichikawa. With his intensity and dynamic dance moves, his performances are like a Sea world water show, front row may get wet. In 2004, the band went into the recording studio to re-record their old songs with their current singer. Later that year the band gets a call from Frank fidelity owner of High Fidelity Records. A.D, label mates and good friends of The Linden Murder had passed their record onto Frank. He liked what he had heard and immediately wanted The Linden Murder to be a part of the High Fidelity family. Then emerged the bands current record \'If you haven\'t dreamt of murder, you haven\'t been in love\'. The following year, the band had a falling out. All original members had left the band. Determined to keep the band alive, singer Justin Ichikawa went on a search to find a newer, stronger, better Linden murder. Ironically a local band Stand Together, had lost their singer. Ichikawa, had spoken with the Stand together drummer, Jason Franker in regards to uniting the two bands. All it took was one practice to realize they were meant to be. Upon arrival of the new members the band was offered to be a part of a 2 week tour to the pacific north west. Joining the tour was Contra (Mediaskare records) This Moment (Uprising Records).When the tour was all done, the band got taste of touring and wanted more.They began booking for a month long tour headed towards the east coast in July. The tour was designed to promote the band newest record titled \'Secrets Lie In Graves\', which was released on High Fidelity Records. This record was a new beginning for the band. Blending together a style of it's own. An eclectic blend of hardcore, and metal. With a nice touch of groove and rock n\' roll. The July tour was a great success, going as deep south as Mississippi, and as east as New York City. Currently the band is working on new songs, and an even more fresh sound, to keep up with the times. Another month long tour is in the works, headed back to the south east.To give those southern fold a taste of California hardcore.

Here's what you say about
Linden Murder - Secrets Lie in Graves.