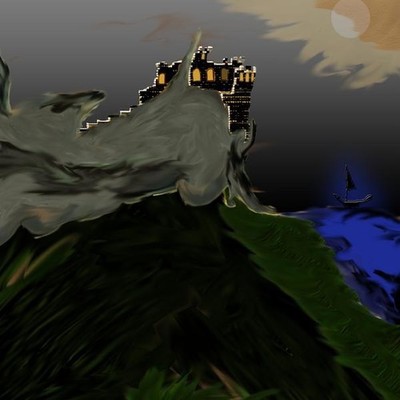 Gregg and Dwayne Allman. Ray and Dave Davies. Noel and Liam Gallagher. Caleb, Nathan, and Jared Followill. Brothers in bands can make powerful, dynamic rock music. Barry and Chris Kingston. In December of 2008, these brothers have released what could be their crowning achievement with their latest record, Screaming Souls IV. The duo has revived a hard, classic rock sound, reminiscent of music they grew up loving. The music explodes from the intersection of Led Zeppelin's Ten Years Gone and U2's Bullet the Blue Sky. Where Zeppelin find groove and atmosphere, and U2 get loud, dirty, and critical, the song cycle of Screaming Souls IV begins. The brothers cut their teeth recording and touring around the East Coast with indie roots rock stalwarts The Breakdown in the 1990's. The band reached a pinnacle of success with the then music orientated MTV playing their video for the Barry Kingston penned Standin' in the Fire, in heavy rotation. A recession reeling, belt tightening music industry then took it's toll, and the Breakdown descended into myth. Musically, the brothers parted ways. From the embers of the Breakdown, Barry Kingston formed The Screaming Souls in 1998. The Screaming Souls are a musical collective of a varying list of the best musicians in Western Massachusetts. Jason Arnold (the original drummer), is as flamboyant as he is a solid drummer. He is still definitely a fan favorite with his various guest appearances becoming part of Screaming Souls lore. Joe Boyle, who Barry has referred to at a recent live performance as "one of the best guitar players I have ever played with." Here is a musician who can truly play with anyone at anytime. John O'Boyle, an extremely versatile, groove orientated bassist. He has recorded with Alexander Janko (My Big Fat Greek Wedding) and Chris Ballini (JCAT feat, Aaron Lewis), among others. John is one of those hidden jewels of a musician that can really lay it down. Screaming Souls play rock music like it was meant to be played-with feeling and heart. Renowned producer/engineer Danny Bernini of Spirit House Records, and Barry have collaborated over three previous full length album releases under the Screaming Souls moniker: Shakin from the Trees, Split Wide Open, and Live: Pass it On. This band has a back catalog of rock, funk, and soul that stands the test of time. Through Barry's many performances, he has developed a loyal following of fans dedicated to his music and performing talents. There are many great musicians. There are many fewer great musicians who are also gifted performers. To hear Barry Kingston and the Screaming Souls is one thing, to experience the power of a live performance-quite another. In 2007, Chris returned to the fold with a new set of songs that became the beginning of the song cycle of Screaming Souls IV. Barry and Chris then began collaborating and a loosely conceived concept album unfolded. One that owes a debt to Led Zeppelin's eponymous IV album, as well as the sonic underpinning of the Who's Quadrophenia. Screaming Souls fans were abuzz with anticipation for the new project. As Donnie Moorehouse, music writer for the Springfield Republican, recently wrote in his December 18, 2008 review "Whether it comes from the familiarity of working with kin, the return to rock roots, or a combination of the two, Screaming Souls IV represents the best material Kingston has released in years.... There are several moments where the band is shredding and Kingston's voice is soaring that seem truly inspired, the most you could ask of any artist." It is classic rock with groove, purpose, and spirit played by the best of the best musicians. Backing Barry and Chris Kingston (vocals/guitar, and rhythm guitar), the current line up features Screaming Souls veterans Joe Boyle (guitar) and John O'Boyle (bass). Drummer Tommy Diehl comes into the lineup to solidify the classic rock big beat. Tommy has recorded and toured nationally with Acoustic Junction and Spookie Daly Pride. The talent of these musicians is such that during the recording of Screaming Souls IV, some songs, such as Can't Break Free, were completely rewritten and arranged over the course of a couple of hours in the studio. Then a live take would be done-takes that give the record an intense, live feel. In the case of No Painful Sunrise, an epic song at 8 minutes plus, you hear an inspired first take in the studio that was only loosely rehearsed beforehand. There was an entire middle lead section added in right before recording. The caliber of the musicians was such that they thrived under these circumstances. Also of note was the songwriting effort of Barry Kingston to round out the record with an upbeat rock single. He came up with Ultraviolet Girl, a song about his soon to be born daughter. As any rock fan would recognize, this is not only a great song but one with obvious commercial appeal. You can go to screamingsoulsnow.com and play a clip of this right now-and let us know if you don't want to hear that whole song! It's impossible! Screaming Souls IV is not music for the faint of heart. If you want to actually feel something while listening to music that matters-go out and buy a copy today. In the oversaturated, overhyped and under qualified music that is today-you will be glad you did!