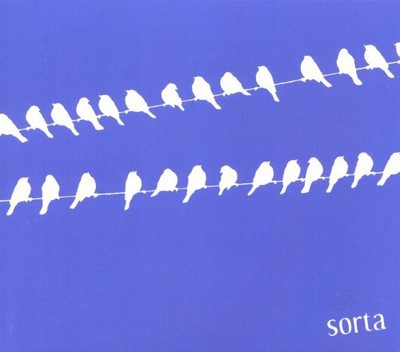 Sorta. It is an explanation given again and again, but the name says it all. The music isn't alt-country, roots rock or pop. It's sorta all of those things. With songs about love, birth, loss, loneliness and murder, Sorta encompasses everything under the sun. With a brand new album Sorta is reaching a new level of sound and songwriting rarely seen in today's music environment. What singer/guitarist Trey Johnson and bassist Danny Balis started as a two-man band has evolved into a six-piece sonic boom of musical magic. Drummers Trey Carmichael and Tom Birdwell and the three-pronged multi-instrumentalist attack of Carter Albrecht, Ward Williams and Chris Holt add much to the vision Johnson and Balis shared six years ago. The reason the band was created was to write good songs and play the music they wanted to play, but what Johnson, Balis, Albrecht, Williams and Carmichael produced was a one of kind band. During the seven years of Sorta, numerous people have taken note of the band and the eclectic sound they continue to generate. In 2004, Sorta released Little Bay to a wildfire of fanfare and critical success. The album was lauded for it's original direction in several music publications and was named the #3 album of 2004 by KERA, landing the band a spot just behind Texas legends Willie Nelson and Norah Jones. Of course, what KERA was treated to in 2004, true fans of Sorta had witnessed for years. Their 2006 release Strange and Sad but True received similar critical acclaim. The band, and some of it's individual members, have been nominated a number of times for the Dallas Observer Music Awards included Best Act Overall for 2006. In addition to the Sorta accolades, three members of the band have been recognized for their individual talents. Albrecht and Johnson were honored at the 2003 Observer music awards, winning Best Musician in Dallas and Male Singer of the Year, respectively. Holt brings an equally impressive resume to the table, having won Best Instrumentalist for 2006 while earning his third consecutive Musician of the Year award in 2007. Much like the songs they write, Sorta proves time and time again they are no one-trick pony. Whether their music is pumping through amps at a theater or unplugged in an intimate setting, the hypnotic melodies always sound perfect and everything works just right. Sorta is the true definition of a band; six members who create a symphony of sound which is at the same time intricate and accessible. Make no mistake, Sorta brings the same versatility and tight-knit sound to their albums. From their first EP Plays for Lovers, to their upcoming release self titled Sorta, the band continues to display their diversity. Whether picking up the pace or slowing the tempo, Sorta always produces a consistently beautiful sound. In the Fall of 2007, just prior to wrapping up the recording of their new album, Sorta suffered a tragic loss of one of it's founding members, Carter Albrecht. With Grammy award winning producer Stuart Sikes help, the band was able to complete the final touches and salvage demos in order to release the follow up to Strange and Sad but True. While the future of Sorta is uncertain, the fact that the band has reached the height of their songwriting, musicianship, and song craft is very clear. With the release of Sorta, they prove once again they are a band that no one can label, but everybody can love.

Here's what you say about
Sorta - Sorta.