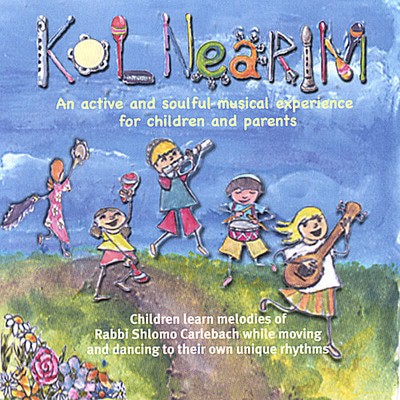 Dahlia Topolosky grew up in Oceanside, NY and always loved singing-whether in school plays, choir, kareyoke, and with friends, Dahlia was always singing. At Barnard College, Columbia University, Dahlia studied Psychology and English and was part of a Jewish Acapella group called Key Tov, which performed both Jewish and secular music. Dahlia was greatly inspired by the music and teachings of Rabbi Shlomo Carlebach, who used his soul music to teach, inspire, and bring all people together. In college and after, Dahlia started to perform for women and have concerts/sing-alongs where she would share jewish mystical teachings and sing many melodies of Rabbi Shlomo Carlebach, as well as other Jewish soul music. In 2002, Dahlia married Uri Topolosky and together they ran many mystical/inspirational music nights for the Jewish community in Riverdale,NY. In 2005, Dahlia completed her doctorate in clinical psychology and became the psychologist at The Horace Mann Lower School where she often used her creativity and music in her work with children. Dahlia also started the first Jewish mommy and me music and movement class, Kol Nearim/Voice of Children, in Riverdale, NY, together with her friend Jenny Sassoon (who plays percussions on the album!). All the lyrics on this album, Kol Nearim/Voice of Children, were originally written by Dahlia for her music class. Seeing how well the children and parents responded to the songs, Dahlia decided it was time to record her first album. On Kol Nearim, Children are able to learn all the soulful and rhythmic Jewish melodies of Rabbi Shlomo Carlebach, while singing and dancing to creative, fun, English lyrics. While this is a children's CD, this fun and interactive album is definitely accessible to all people, of all ages. Even adults will love to waddle like a penguin and swim in the ocean!!! Dahlia now resides in New Orleans where she, her husband Rabbi Uri Topolosky, and their two songs Elyon and Itai, are helping to rebuild and revive Beth Israel, a synagogue destroyed by Katrina. *A % of proceeds will go to post Katrina efforts in helping rebuild the Jewish community of New Orleans!!!