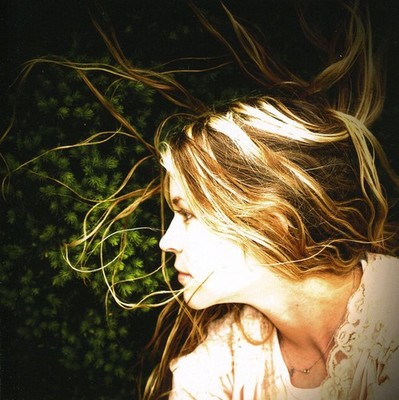 Charlotte Martin Veins Charlotte Martin asks questions. 'Why does your heart race when you are exhilarated?' She pauses for a moment. 'Why does the body react to certain emotional cues?' She stares out the window looking to the cars racing along the heart of Los Angeles. 'How many dimensions are there, really?' Charlotte responds. 'I've had the privilege of meeting a few new muses while writing word trees and composing music.' Veins is a collection of inspired awareness. Naturalistic elements seep between the piano keys underlined by pulsing drumbeats. Tempting rhythmic melodies introduce seven character-channeled songs. The mesmerizing title track confronts loss, while 'Days of the Week' explores personal frustrations with routine. 'Cars on Crescent' digresses emotionally. 'I believe there is magic in holding your AKG microphone out the window because the dogs won't stop barking, just stop trying to get a vocal performance,' she confesses. Among the EP's many highlights is the heartrending 'Four Walls.' Charlotte explains, 'I am attempting to usher someone else through depression. I don't know what I'm doing. I clearly point this out, but I do care and try.' Driven by human spirit, 'Under the Gravel Skies' brings relief (One of us has to move/But out of the black pools I've risen up, I've risen up above/Cause I still love you). 'Bones' showcases an analytical, somewhat-romantic story composed as an ivory ballad. Growing from the spirit of the lead track, 'Root,' also the oldest song on the EP, believes before seeing. 'There is major stuff going on behind the fake smile, the grass we step on, and the calls we can't seem to return. Everything goes much further than people assume,' she confirms. Charlotte co-produced the EP with the respected Ken Andrews (Pete Yorn, Year of the Rabbit). Luring background vocals by Beth Katte compliment the layered elements of 'Veins.' Cellist Emily Wright (Ben Harper, Abandoned Pools) appears on 'Days of the Week,' bassist Justin Meldal-Johnsen (Beck, Macy Gray) joins Charlotte on 'Under the Gravel Skies' and drummer Joey Waronker (REM, The Eels) emerges on 'Root.' Veins does not stray from Charlotte's classic enlivening style. As promising as In Parentheses, as invigorating as On Your Shore and Darkest Hour-Veins signifies the personal and professional growths of Charlotte's career and persona. An exploration of human relation, Veins is a glimpse of Charlotte's forthcoming sophomore full-length, Stromata. Touring in 2003-2004 with Damien Rice, The Cardigans, and Howie Day, Charlotte expanded beyond the Los Angeles club circuit securing support from fans in the United States, Canada, Japan, and the United Kingdom. Charlotte's headlining summer tour in 2005 garnered an overwhelming response from fans and critics at numerous sold out performances including Chicago and Atlanta. 'I am obsessed with bringing things into light,' says Charlotte. 'I really hope you enjoy the journey of Veins and are inspired in yours.'

Here's what you say about
Charlotte Martin - Veins.