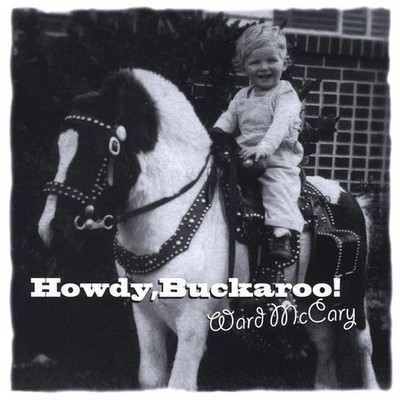 Howdy, Buckaroo! Was recorded in Nashville in August of 1996 and I wrote six of these songs by myself and co-wrote the other six with Theresa Van Otten, Valorie Kay and Kathie Curtis, all from Salt Lake City, UT back in the early 90's. All of the tunes were inspired by a couple of divorces, an old girlfriend, and my current wife. They reflect my struggle of trying to figure out women and being honest with myself. With the exception of Tom Wells, my longtime friend and drummer from Austin, and me on Hammond B-3 and harmonica, all of the other players were Nashville studio cats. One of the notables in the group was the late Barry "Byrd" Burton on steel guitar. Barry had been the lead guitarist with The Amazing Rhythm Aces of Third Rate Romance fame back in the 70's. The other players included: Bass guitar, Eddie Bedford, Acoustic guitar, Paul Carrol Binkley, Electric guitar, Mike Gallaher, Grand piano and electric piano, Jeff Taylor, Tenor sax, Cole Burgess, Fiddle, Roger Helton, Shaker, Pat Patrick, Tambourine, Gary Dales, Duet vocals, Cindy Shelton and backup vocals, Cindy Shelton, Rob Frazier and David Holloway.

Here's what you say about
Ward McCary - Howdy Buckaroo!.