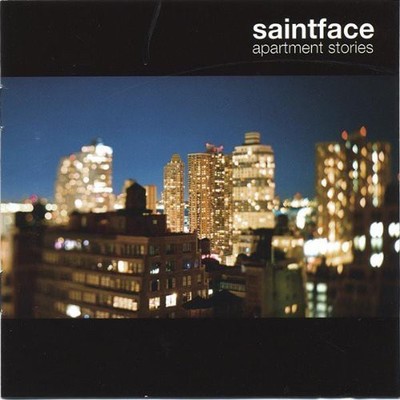 Whisper it: the great New York City rock & roll goldrush has come and gone. Every last scenester has squeezed into his too-tight leather jacket, cocked his designer bedhead just so and had a stab at the glam racket, greedily snapping at the heels of the handful of acts whose own photocopied sounds and moves somehow added up to a breathless media scene. Every eighth note has been pummelled, every tinny narcissist tune drawled--douse the lights on the Bowery, lock up the Lower East Side. And don't even think about cabbing it out to Brooklyn. But if you peered past the style press of course there was more: a handful who swam knowingly against the tide of fashion and fickle ears, outsiders who traded in music as timeless as the city itself and who refused to be brushed aside; purveyors of the classic song married to a whiplash crunch, all the while sketching the one-room dramas playing out above, below, and across from your own--telling apartment stories. Imagine Cole Porter with a Marshall stack: and you'd arrive at Saintface. In 2002 songwriter, singer and arch romantic Peter Riley realized his one-man bedroom demos required a five-man real-world band and summoned his wayward childhood compatriot Michael Parkin back from London. With Parkin duly installed on keyboards the two in short order snapped up Queens-bred dandy and occasional bassist Joseph Babic; proofreader and former heavy metal drummer Andy Elder; and after numerous false starts (including a guitarist who pathologically refused to acknowledge the rest of them in rehearsals), the crashing fretboard theatrics of David Blake. Self-produced in Riley's kitchen in 2002, Saintface's Hudson & Day EP won the band a fervent New York following and acclaim in town and abroad (with one reviewer likening the disc to a "sunset singalong at Glastonbury"), yet marked them out as a different breed altogether from the artless garage squall of the moment. The band honed it's songs, sound, and show (which saw them treading the boards with acts like The Bravery, The National, and My Favorite while prompting the Village Voice to write, "Fainting flower indie kids should mind themselves close to the stage--the fourth wall comes down pretty fast in Riley's path") before finally grabbing the bull fully by the horns and launching into the self-produced sessions for their debut LP. The fruit of that labor is APARTMENT STORIES, eleven songs crackling with the wit and romance of city life, a record with a huge heart and a tongue planted firmly in it's cheek; the kind they made when great songs were for putting a skip in your step or letting you know you weren't the last in line to be loved. Recorded on stolen time and an overtaxed iBook in freezing Times Square rehearsal rooms, mixed within an inch of it's life by Godfrey Diamond (who's done time with everyone from Frank Sinatra to Lou Reed), APARTMENT STORIES is a blast of exuberance cut with a heady dose of melancholy, a record defiantly unafraid of wearing it's emotions on it's admittedly well-tailored sleeve. It's there in the boozy pounce of A Few Kind Women, the jubilant backbeat of That Word Is Love, and the lyrical come-on that is There Is a Room; the would-be Hollywood romance of Hudson & Day, the transatlantic swoon of Hand On My Heart, and the wearily raised glass of You Belong To Me (recorded on the family upright after Parkin's ten rounds with the staircase). It's guts, humor, sex, melody, pop--they all fit Saintface to a tee. These, then, are their APARTMENT STORIES.

Here's what you say about
Saintface - Apartment Stories.