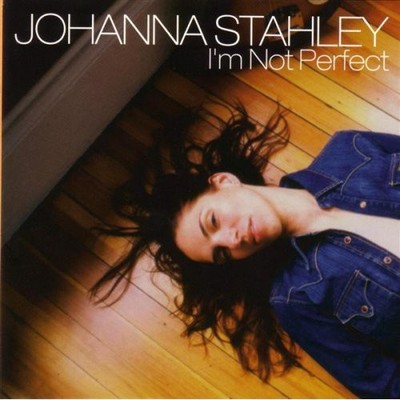 Johanna Stahley makes pop songs that bounce, groove and get up in your face. Her music and her performances kick ass like every Jersey girl should. 'Music is where I can always be in the moment,' says the singer/songwriter whose opening album cut 'I Can,' off her solo LP 'I'm Not Perfect,' was tapped as the theme song for the TV show 'Ruby,' Style Network Fall 2008. Johanna made waves in the late '90s/early 00â€™s as the lead singer of the New Brunswick, NJ, band Spredhaus, known for their kinetic funk/rock and engaging stage antics. After six years with Spredhaus, she moved on to a solo career, releasing the EP 'After Ours' in 2004 and in 2006, her first LP, 'I'm Not Perfect,' recorded with Williamsburg, Brooklyn, producers Yellopop. Reviews by 'The Village Voice' touted ''I'm Not Perfect' as 'â€¦a better and bouncier Sheryl Crow albumâ€¦' The next day Johanna was chosen as a 'MySpace Featured Artist,' which led to a publishing deal with Cherry Lane Music. Her songs have since found placements all over the tube, including a Wrigley's Extra Gum commercial and prominent use in TV shows including 'Men in Trees,' 'The Real World,' and 'Cane.' Johanna's publishing deal is only one facet of her career. 'Writing and producing is great, but my true passion is lighting audiences on fire, not literally of course!' says the songstress. She's lighting them up, playing shows from New York to Chicago, all the way to Tennessee, living the moment on every stage. Currently, Johanna is hard at work on the upcoming debut album for her side project â€œThe Kiss Tried to Smack Me.'.

Here's what you say about
Johanna Stahley - Im Not Perfect.