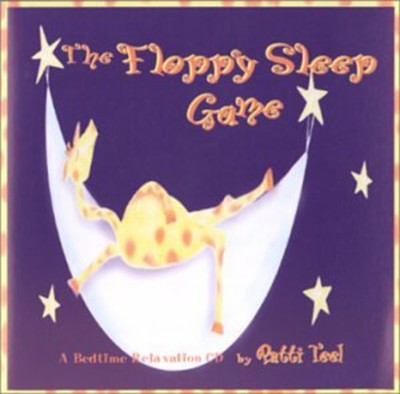 PATTI TEEL Singer/Songwriter, Performer, Educator, Author Patti Teel is the fairy godmother of peaceful bedtimes. Dubbed "The Sleep Lady" by The Wall Street Journal, and the Dream Maker by People Magazine, she is the creator of an award-winning system which eradicates nighttime struggles between parents and kids. Her highly acclaimed audio series teaches children a fail-proof way to relax themselves to sleep through relaxation exercises (based in yoga) visualizations, music & storytelling. Praised by Good Housekeeping as a "must-have for kids three to ten who refuse to snooze, "The Floppy Sleep Game" has helped tens of thousands of families all across the country for whom bedtime had become a battleground. And now, Patti Teel has expanded her audio CD into a book for parents, The Floppy Sleep Game Book. "In this increasingly hectic world, it's becoming more and more difficult for children to relax their active minds," said Teel. "And as I tell the children at the beginning of 'The Floppy Sleep Game,' bedtime is important because it's a time to rest our bodies. We need rest so we can be healthy and grow." Branded 'The Dream Maker' by People Magazine, Teel's unique combination of simple yoga techniques, deep breathing exercises and calming music has won critical and popular accolades across the country. She won the Oppenheim Gold Toy Portfolio Award for "The Floppy Sleep Game," as well as distinguished honors from the National Parenting Publication Awards (NAPPA), the California Arts Council and the Independent Publishers Book Awards. Since the original release of "The Floppy Sleep Game" through her own Dream Flight Productions, Teel has become somewhat of a media darling, winning praise from many influential publications and television programs. The Wall Street Journal called her "a nap-time troubadour, bringing rest to the undrowsy." She was also featured on the popular prime-time news series 48 Hours and has received stamps of approval from such notable publications as The Washington Post, Publishers Weekly, the School Library Journal and People Magazine. Teel came up with the idea for "The Floppy Sleep Game" after learning that her young daughter regularly struggled with falling asleep at bedtime. Teel had practiced yoga for years and decided to try a variation of relaxation exercises from her classes to help quiet her daughter's active mind before bed. The approach worked so well that Teel began sharing her discovery with friends, as well as local preschool and kindergarten classes. Soon, she was encouraged to add a bedtime-relaxation audio series to the collection of children's music releases she had already produced. Not long after, "The Floppy Sleep Game" became a top-selling favorite in the world of children's audio. "The Inside-Out Blessing Game" has followed; it focuses on blessings and teaches children to go inside themselves to discover love, gratitude and reverence. "The Inside-Out Blessing Game" won the National Association of Parenting Publications gold award, and Dr Toy chose it as one of the top ten audios. Her latest release, "The Christmas Dream," takes on the daunting task of helping children relax and sleep the night before Christmas and throughout the holiday season. Teel lives in Santa Barbara with her husband and their children.

Here's what you say about
Patti Teel - Floppy Sleep Game.