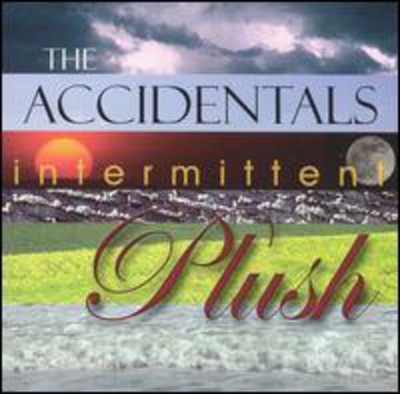 A unique mixed-voice octet, the award-winning Accidentals (including multiple MAC awards, Backstage Bistro award, national winners of the Harmony Sweepstakes) are known for their sophisticated harmonies, off-beat humor, and an eclectic repertoire of original songs and distinctive arrangements. All four of their CD's have met with wide acclaim from the national a cappella audience, and they have won several CARA Awards (Contemporary A Cappella Recording Awards). PRIMARILY A CAPPELLA calls 'INTERMITTENT PLUSH,' our new CD, 'a complex, stunning, beautifully done piece of work by one of the best vocal ensembles on the planet!' Poetry inspired this masterful collection of 21 songs â€' actual poems, oughta be poems, and wannabe poems â€' words sublime (Shakespeare, Wilner, Dickinson, Sandburg) and words ridiculous (Dennis Deal's 'Hia-WahWah'). 'the best a cappella group in America' NEAL TRAVIS, New York Post 'the best and most interesting a cappella group I have seen in years. Their homage to cult rotten film director Ed Wood, Jr. is just one example of what makes them unique....inspired' ROY SANDER, Backstage 'They are a vocal orchestra!... they sing some of the most complex arrangements in all of acappelladom... prepared to be blown away...great sense of humor...You'll laugh, you'll cry, it's beautiful, it's funny, you'll be beguiled by one of the best a cappella albums of the new millennium!' CD REVIEW, Primarily A Cappella 'Not only are the arrangements as assonant as raindrops on leaves, but their material is startlingly original' DAVID FINKLE, The Village Voice 'There's nothing accidental about THE ACCIDENTALS. Every breath they take and every tone they emit is exquisitely coordinated to create a smooth symphony of sound .... They combine harmony with humor and a slightly off-center perspective .... No matter what the song, this group can handle it. ....The Accidentals blend their individually-distinct voices and bring forth sounds that would give any orchestra a run for it's money.' LAURIE LAWSON (online review ) 'extremely talented and beautiful artisans and singers.' GRACE ROW, SONY Executive Producer, A&R ******** Member News: MARGARET produced 'Intermittent Plush' and 'Little Noises,' 3 other Accidental CDs, as well as her 2 solo CDs. She has been on tour with Bette Midler. And she's also working on several other projects, singing, playing, writing, arranging... you name it! STEWART, our golden voiced tenor, is back from a West Coast tour of 'Singin' in the Rain.' EMILY is currently producing a CD project for acclaimed NY songwriter David Friedman and new tracks for Julie Gold. DENNIS is working on several music and writing projects, details to be announced... BILL is creating fine gardens and renovating a house! MARCIA has released her 'Little Noises' CD, and is writing new material. JIM is composing music for several projects, stay tuned for more on these... ROSIE is singing solo in various venues around New Jersey! ******** Read two new features about the 'Little Noises' CD! Check out Innerviews (Anil Prasad's wonderful online music site), AND Jim Bessman's terrific article in Billboard Magazine.

Here's what you say about
The Accidentals - Intermittent Plush.