So far in 2022 we’ve seen the launch of a whole range of cell phones, the Samsung Galaxy Tab S8, MacBook Air with M2 chip and the iPad Air 5. Now it’s time to focus on the latest rumors doing the rounds about the devices set to launch later this year! We should get a whole host of awesome tech from some of the biggest brands in the world. Read on for some of the hottest rumors doing the rounds at the moment, including info on the next iPhone, iPad and Apple Watch. 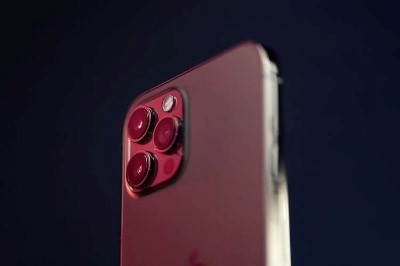 We’re expecting new phones from Google, Samsung, Motorola and, of course, Apple. Here’s a summary of the rumors so far - for the full lowdown, check out our dedicated phone rumors report!

Apple is expected to launch their latest flagship phone range in September 2022. It is likely to consist of four devices: the iPhone 14, iPhone 14 Pro, iPhone 14 Max and iPhone 14 Pro Max.

We’re expecting a change to the design, with the famous ‘notch’ potentially replaced by a punchhole camera. The ‘camera bump’ may also become a thing of the past, with a thicker chassis to accommodate for the powerful camera system.

According to rumors, instead of using steel or aluminum to construct the iPhone, Apple may choose to use titanium.

Plus, rumors suggest we may see improvements to efficiency and power with the help of the A16 chip. It’s also been mentioned the whole range will feature an improved ultra-wide camera!

Take a look at our iPhone rumors page for the full info!

According to reports, Google will release their first foldable phone in 2022: the Google Pixel Notepad.

Google hasn’t officially announced the Notepad but assets within the Android 12L OS suggest they are developing foldable tech in some form.

One Google phone we know for certain is going to launch in 2022 is the Google Pixel 7. According to the latest phone rumors, we can expect to see the new model in October.

Rumors suggest the new Google Pixel 7 will have a similar design to the Google Pixel 6, including screen sizes.

Plus, the new model is rumors to have the next version of Google’s Tensor chipset, making it more powerful. Android 13 is also expected to come with the new Google Pixel 7.

No more information has been released up to now, but we can’t wait to see what Google has up its sleeve for the Pixel 7.

If previous years are anything to go by, we expect Apple will launch the Apple Watch Series 8 in September alongside the rumored iPhone 14 range. It will go on sale in October.

In terms of pricing, rumors suggest it will be similar to the Apple Watch Series 7 which starts at $399.

The new Apple Watch is rumored to have a flat display and flat edges. We could even see a larger design, but we don’t know what this will be.

The S8 chip will also improve speed and efficiency and we’re excited to hear there will be more watch faces introduced!

Take a look at our Apple Watch rumors page for even more details!

Even more rumors have been flooding in about the new iPad Pro! We’ve already had one iPad launch this year and we can now expect another one rather in September or later.

There isn't much information circling about pricing, but rumors suggest it’s unlikely the pricing will drastically change from last year. However, we could seeupgraded features resulting in a slight price increase, but we’ll have to wait and see.

One of the major rumors surrounding the new iPad were talks about a mini-LED display being introduced to the 11-inch model. But due to cost and supply issues, it’s highly unlikely we will see this unfold.

There’s also a possibility according to iPad rumors that the new model will support MagSafe charging and there’s even been mention of wireless charging capabilities!

Find out even more details on our iPad rumors page!

It’s looking likely we will be introduced to the new Samsung Galaxy Watch 5 very soon!

According to recent tech rumors, we could also see better battery speeds and the Pro model may up to 572mAh.

There’s also been rumors Samsung will ditch the Classic design and three models could potentially be introduced in the Galaxy Watch 5 range!

Get cash to buy the latest tech by trading in your unwanted phones, tablets, consoles and more! Head over to our ‘Sell Mobile Phones’, ‘Trade In iPhone’ or ‘Sell Tech’ pages to get started.

Alternatively, save cash and help protect the planet with refurbished phones and tech from the Decluttr Store.