How much is your phone worth?

Phones lose value as soon as you take them out of the box, and their values plummet even further when a new model is announced!

The yearly release cycle plays a huge part in the value a device holds. Even if your phone was released last year, another one retailing at around the same price will launch within 12 months. As a result, the value of your phone will drop – and this is what we call phone depreciation.

Just as a car loses value as soon as it’s driven off the lot, technology items can lose up to 65% as soon as they are taken out of the box! And not all phone brands depreciate equally. Some lose value quickly, while others hold onto their value for much longer. To find out which phones hold onto their value the most, we studied the rates of deprecation for a whole range of iPhone, Samsung and Google phones from launch to the present day. Here’s what we found…

iPhone values tend to drop by at least 40% in the first month after launch, and then seem to stabilize in the months following (losing value by approximately one percent every month over time). 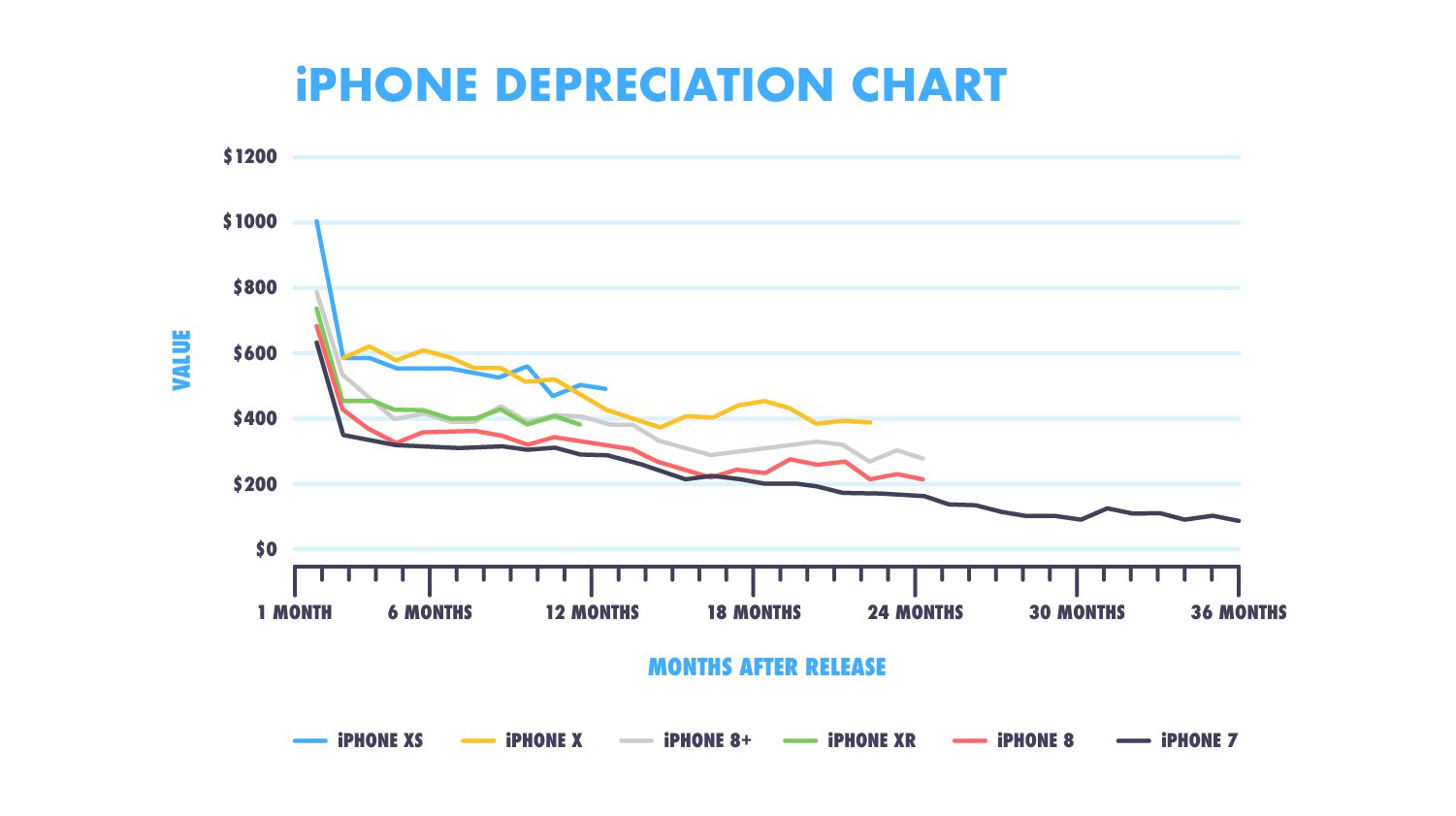 Samsung phones tend to depreciate faster than their Apple equivalents, a trend that has continued with the brand’s latest handsets.

In general, Android phones depreciate a lot faster than Apple devices. The S10 range has only been out for a few months and its new devices have launched with a price tag around the $1,000 mark; however, the Samsung S10 has already depreciated by 57%, while the S10+ has lost half of its value, depreciating by 52%.

Despite the huge declines, these drops are reflective of other Samsung launches and put Samsung on course to lose even more value than iPhones. 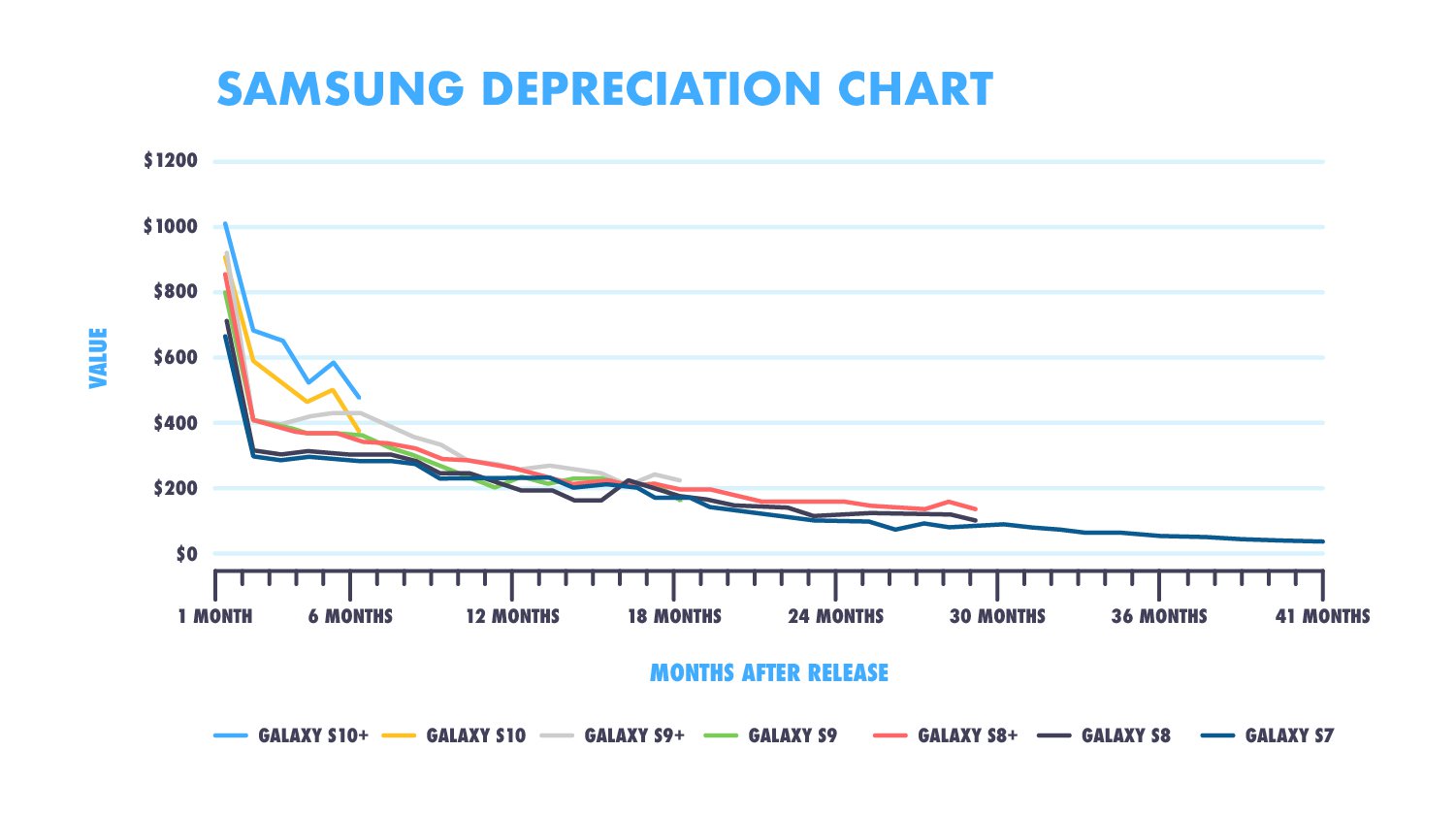 Looking at Google handsets, the Google Pixel 3XL has depreciated by 58% in the six months post-launch, while the Google Pixel 2 lost 61% in the 6 month post-launch period. Google has positioned its phones as affordable alternatives to iPhones; however, those who do invest in the company’s range of devices may not get the best value back when it comes to re-sale. 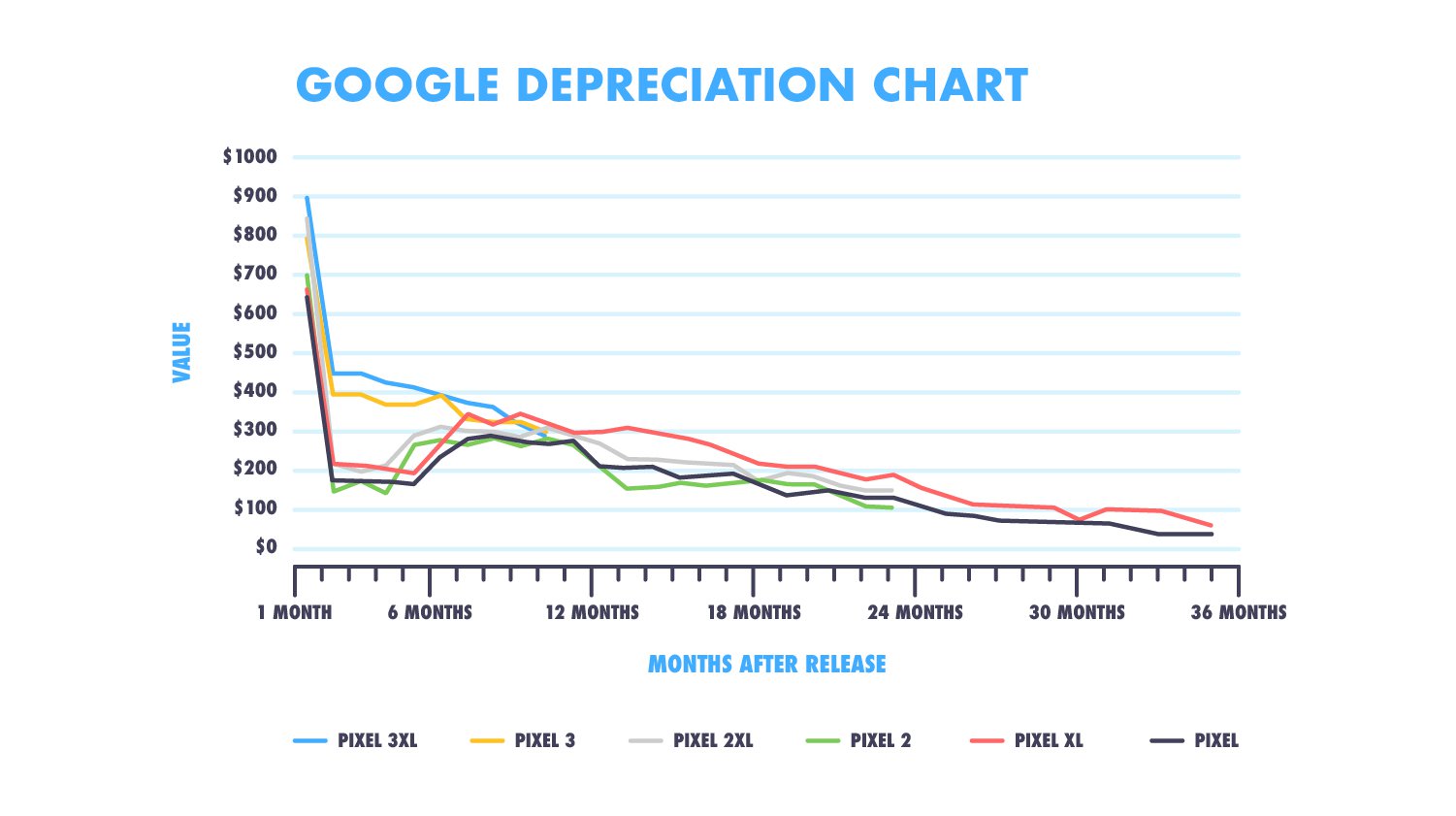 The best time to sell is now!

Whatever phone you own, our research makes it pretty clear that you should sell it as quickly as possible to get the best price. Every extra month you hang onto it means more value lost!

Interestingly, we also found that the value of phones drops dramatically after the announcement of a new model. On average, iPhones are worth 30% more before Apple’s annual keynote event – so if you’re planning to upgrade, start thinking about selling today!

Decluttr is the fast, easy and totally FREE way to sell your cell phone and upgrade. Simply get an instant valuation, ship your cell phone for FREE and we’ll pay you the day after it arrives! We pay up to 33% more than carriers and you’re guaranteed to get the first price we offer or your phone back for FREE. Find out how much your cell phone is worth today.