Disney is typically associated with heart-warming family fun. But beyond the songs and happy endings lies a gallery of villains that give Marvel and DC a run for their money.

Disney villains typically face some kind of justice at the end, but what would happen if they were tried for their crimes in a Pennsylvania court? We decided to find out... 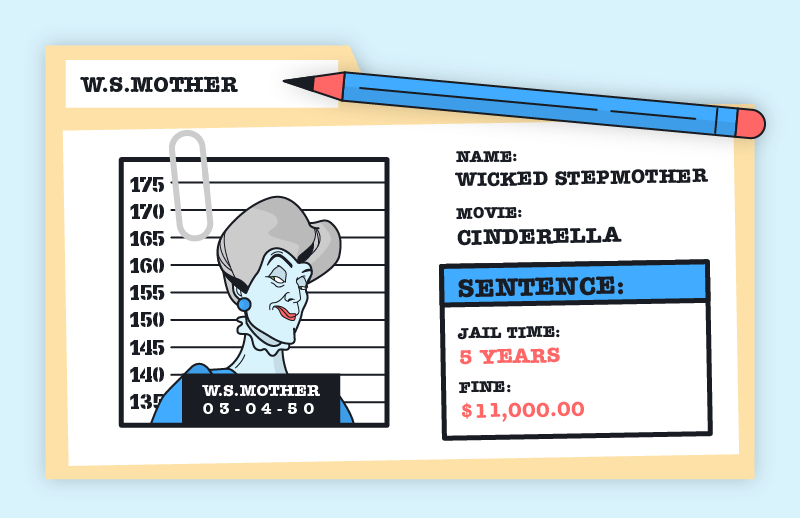 Lady Tremaine’s unique brand of motherhood would likely see her convicted of child neglect and false imprisonment, with an extra charge of criminal mischief for destroying the glass slipper. Meanwhile, her stepdaughter gets to live in a palace with a literal prince. Sucks to be you, Wicked Stepmother! 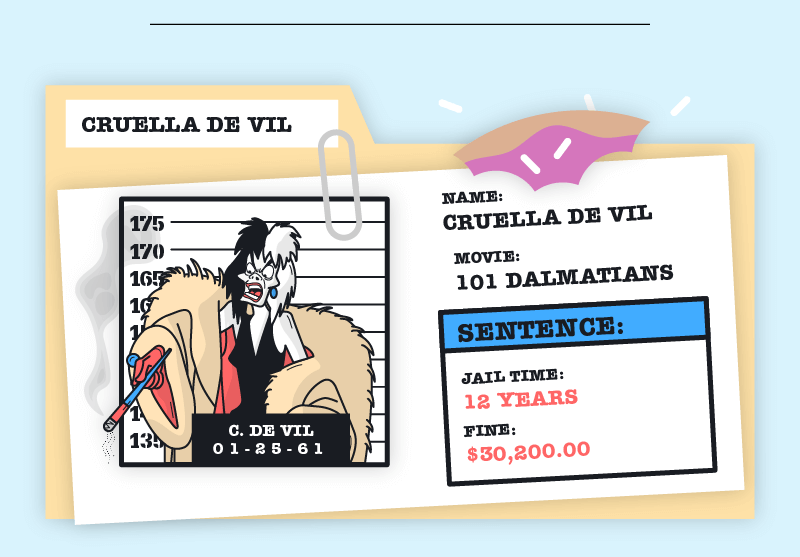 With a name like that, is it any surprise Cruella De Vil turned out to be evil?

Cruella’s devotion to unethical style would see her swapping fashion houses for the big house, with a rap sheet including cruelty to animals and theft. 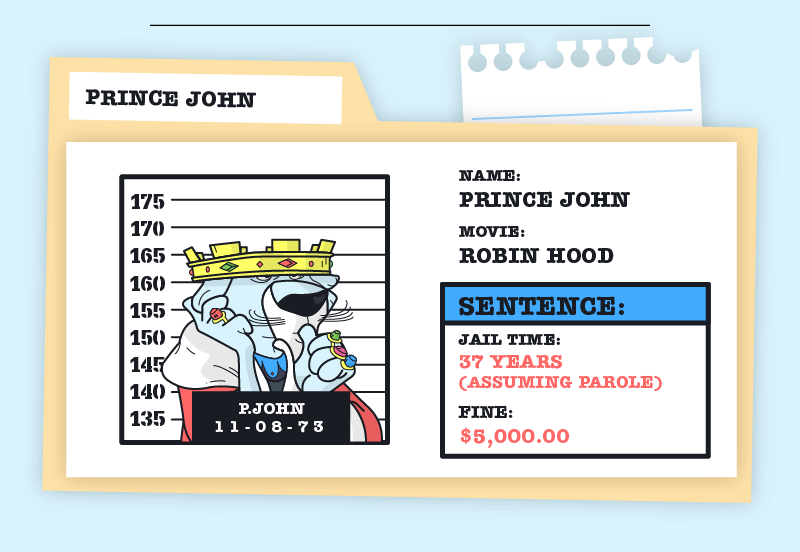 Unlike a lot of Disney villains, Prince John manages to assume power through trickery rather than violence. Still, convincing his brother to go on a false crusade would see him charged with treason, a crime that Pennsylvania punishes with life imprisonment.

On top of that, Prince John would likely face corruption charges for tripling taxes and imprisoning anyone who couldn’t pay them. 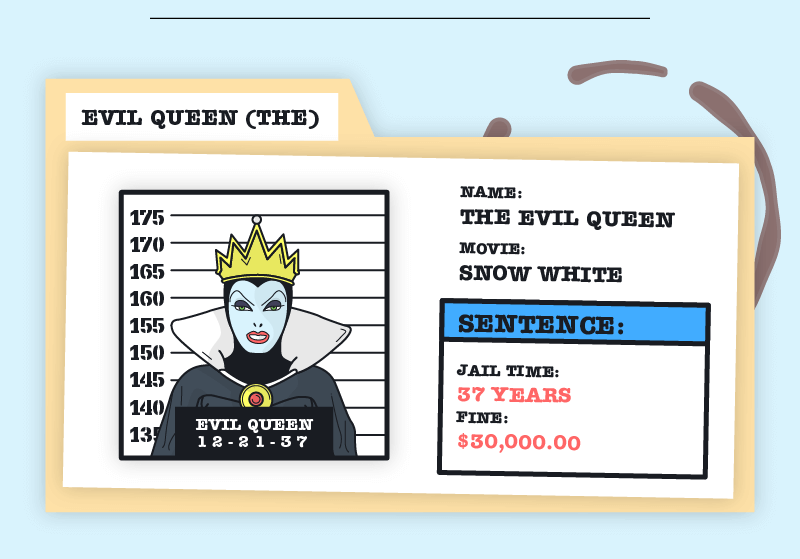 The Evil Queen lives up to her name by trying to murder not one, not two but eight different people. Fortunately, she fails but she’d face a first degree felony charge of attempted murder for her trouble.

With additional convictions for false imprisonment and corruption, the only mirror the Evil Queen will be gazing into is the one in her cell. 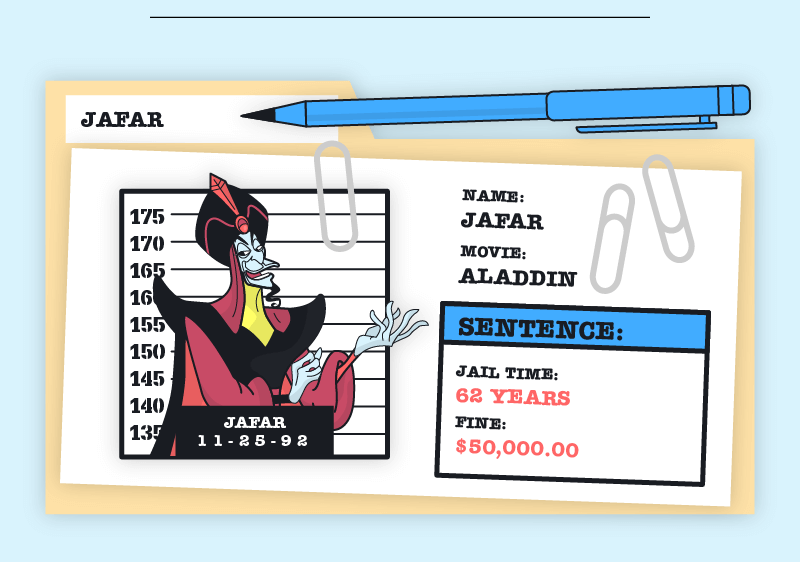 The Grand Vizier had his sights set on becoming the Sultan but his rap sheet would see him swapping his robes for an orange jumpsuit.

His attempts to overthrow the Sultan would land him with a treason charge, while convictions for attempted murder and kidnapping would see him spend the rest of his days behind bars. 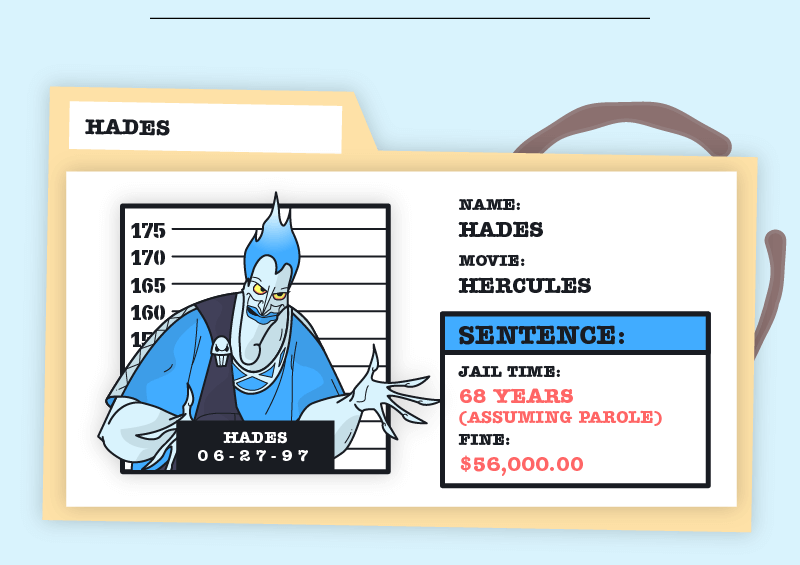 No one can escape the long arm of the law, not even the Lord of the Underworld. Zeus’ brother is in all sorts of trouble, with a rap sheet running from attempted murder of a public official to kidnapping.

The only question is whether the state can find a cell big enough to hold him... 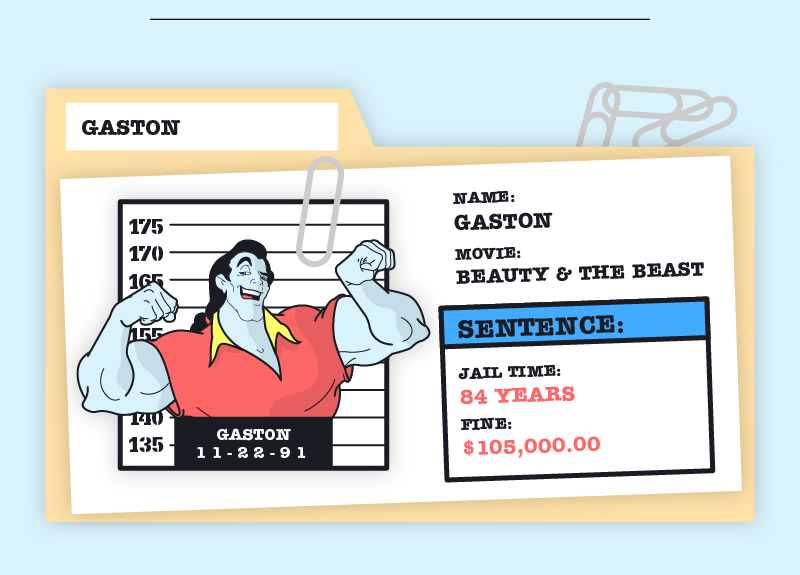 Gaston saw himself as a local hero but his misguided attempts at winning Belle’s heart will put him away for a long, long time.

Gaston’s most severe crime is trying to kill the Beast, although bribery, extortion and breaking and entering would slap a significant amount of years on his sentence too. 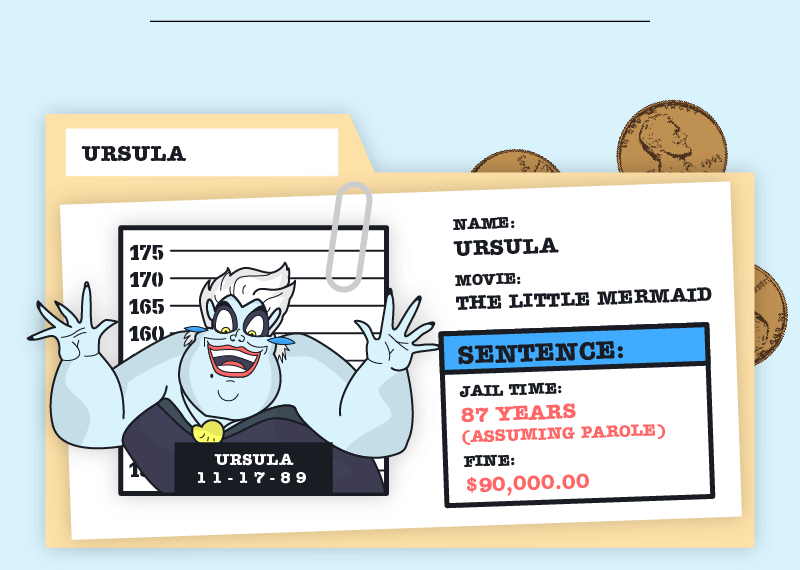 Ursula’s rap sheet is deeper than the Pacific Ocean, ranging from a treason charge for trying to overthrow Triton to two counts of voluntary manslaughter for accidentally killing Flotsam and Jetsam. In short, Ursula will be swapping the sea for C-block for the foreseeable future. 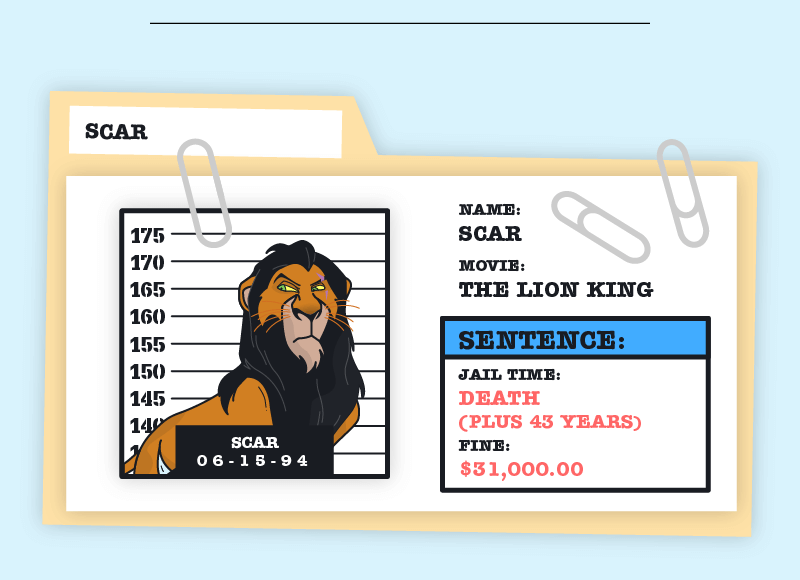 Scar’s biggest crime is murdering his own brother, a conviction that would likely see him sentenced to death. Given the death penalty is under moratorium, however, Scar would spend the rest of his days on death row instead. Maybe it’d be better to throw him into the state zoo instead? 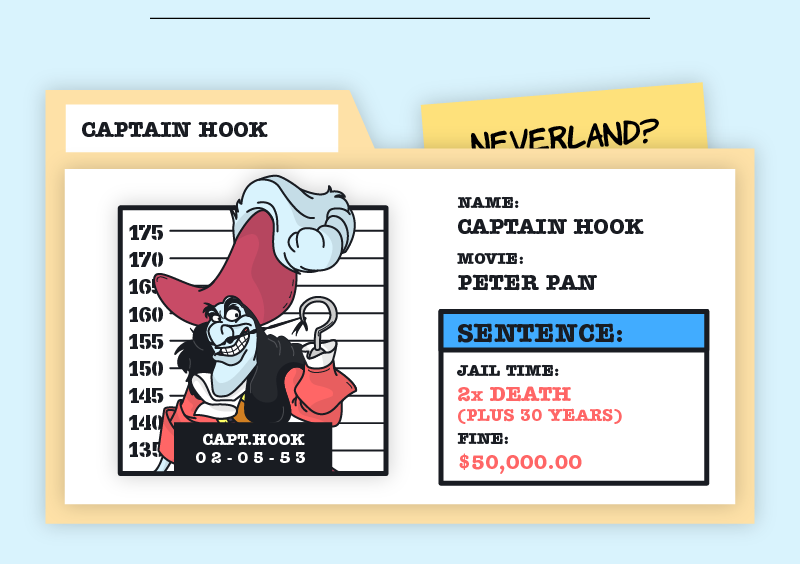 Who else but the most notorious pirate of them all? Piracy was rife in Philadelphia back in the day and most convicted were sentenced to death.

Assuming the courts still see plundering the seven seas as a capital crime, Hook is heading for the big pirate ship in the sky (although, like Scar, he’d probably serve time on death row instead).

Watch your favorite Disney villains at their very worst with the Decluttr Store! We have a huge range of Disney DVDs and Blu-rays at incredible prices plus FREE shipping. Treat yourself to some Disney classics today!

Sentencing information sourced from findlaw.com. The prison sentences were calculated using sentencing guidelines for the State of Pennsylvania. Please note, this information is purely for entertainment purposes and may not be 100% accurate or definitive.