When someone says ‘Disney’, most people think of princesses, magic and living happily ever after.

Yet Disney movies harbour some of the most notorious criminals and miscreants this side of Alcatraz. From murderous pirates to power-crazed gods, Disney’s rogues’ gallery gives Marvel and DC a run for their money.

Fortunately, most of Disney’s baddies get their comeuppance in the end. But what if they were made to face justice in the real world, specifically Illinois? We decided to find out. 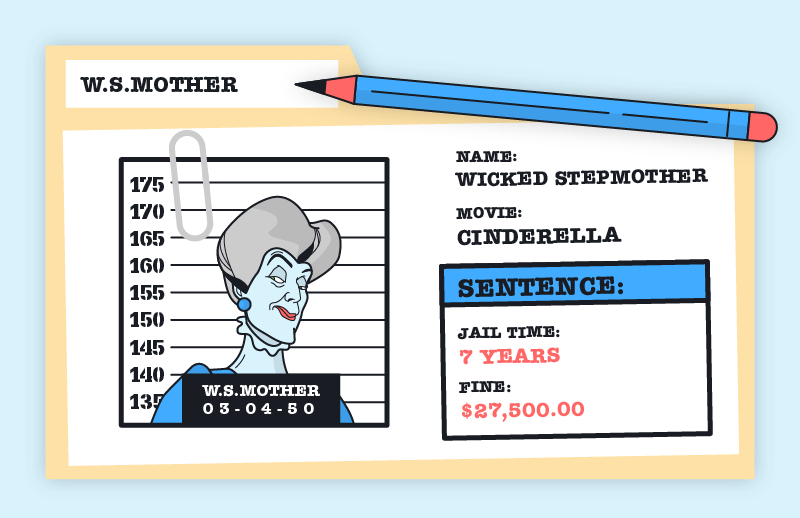 Lady Tremaine AKA the Wicked Stepmother isn’t just guilty of being a terrible mother. Her rap sheet includes neglecting Cinderella, falsely imprisoning her and destroying her golden slipper.

The courts are unlikely to look kindly on Lady T so she’ll feel the full force of law. Try getting someone to do your cleaning in the clink, Wicked Stepmother! 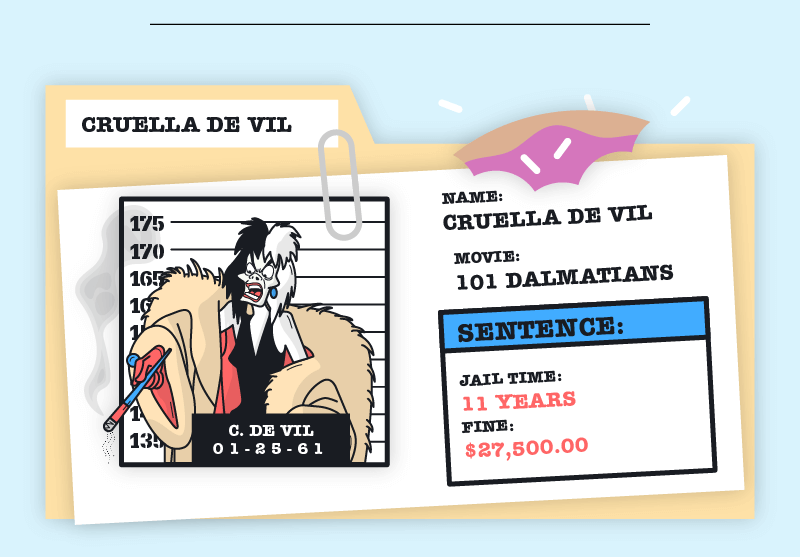 Cruella was hardly likely to be a paragon of virtue with a name like that, was she?

The woman literally named after Satan himself is actually pretty lightweight compared to some other villains, though. Her main crimes are cruelty to animals, dognapping and reckless driving; all bad, but nowhere near as bad as, say, murdering your brother and ruling over his kingdom with an iron fist. 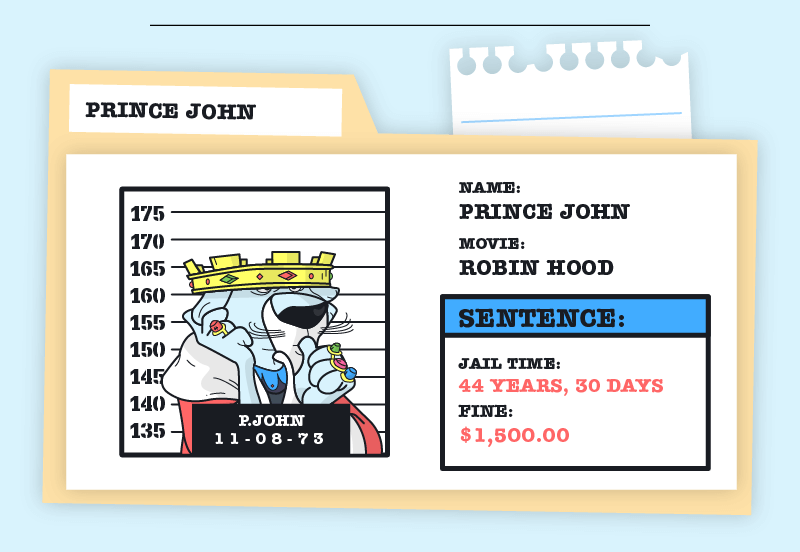 Fun fact: no one has been charged with treason since World War 2. Prince John would likely be the first, receiving the maximum sentence of 30 years for his troubles. A jury is likely to find him guilty of corruption and assault too, adding to his time in the big house. 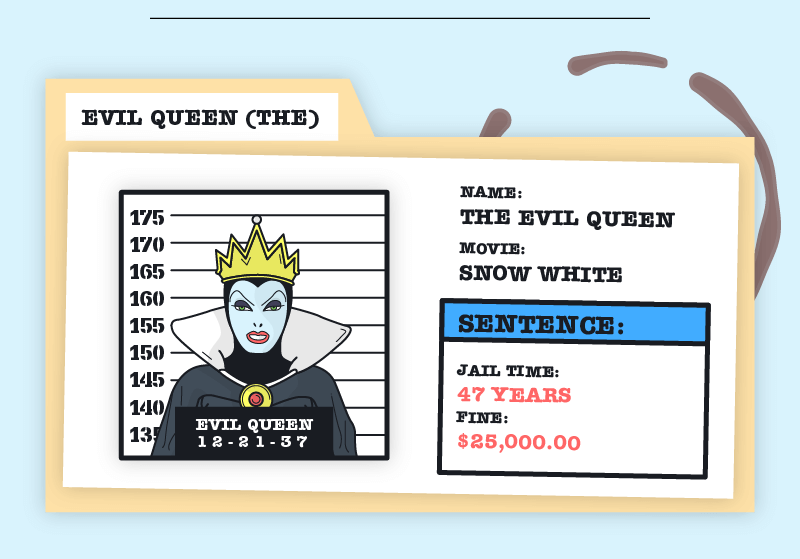 Now we’re getting to the juicy stuff. The Evil Queen from Snow White’s main crime is trying to kill Snow White and the Seven Dwarves, one with an apple and the others with a big ol’ rock.

Given her position as queen, the prosecution is likely to chuck a charge of corruption in there too, with a false imprisonment charge with top it all off. 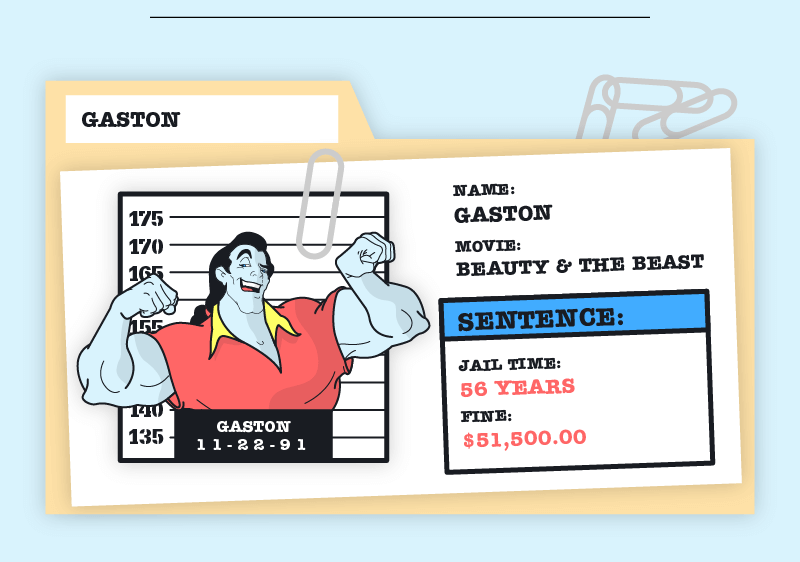 Gaston just couldn’t accept that Belle had fallen in love with an overgrown dog man in a posh coat, leading to a trail of crimes that’ll see him spending most of his life behind bars. 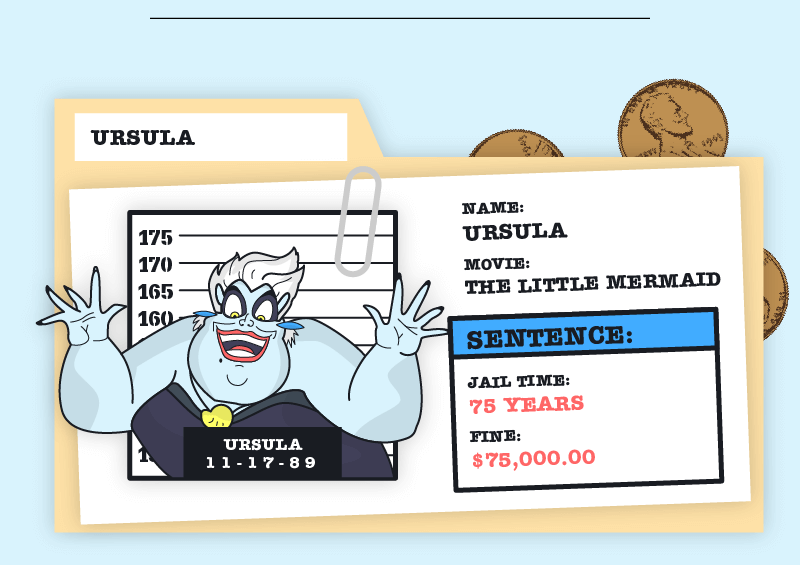 Yep, Illinois’ jurisdiction extends to underwater sea witches now too. Ursula’s main crimes are treason and attempted murder, with an involuntary manslaughter charge thrown in too. We hope you don’t like the sea too much, Ursula, because you’re gonna spend most of your years on dry land. 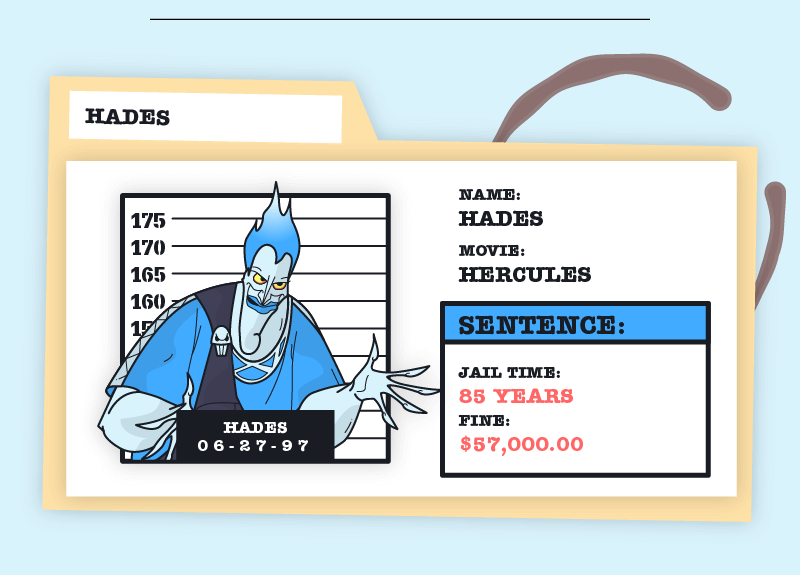 No one can escape the long arm of the law, not even the Lord of the Underworld. Zeus’ brother is in all sorts of trouble, with a rap sheet running from attempted murder of a public official to kidnapping.

The only issue we foresee is finding a cell big enough to keep him in. That flaming hair is probably a security risk too. 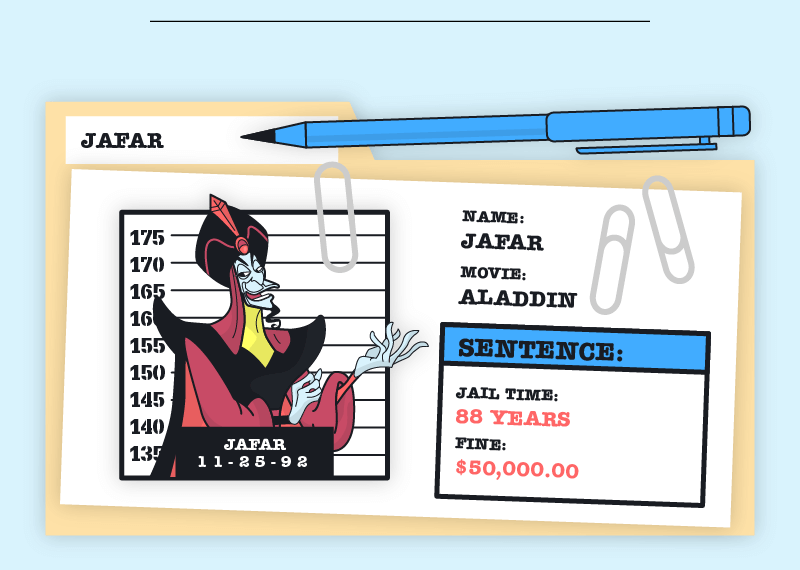 Jafar dreamt of becoming Sultan but he’ll have to settle for Grand Vizier of the prison yard instead.

Judges don’t tend to look kindly on attempting to overthrow the government with magic, and they aren’t too keen on kidnapping and attempted murder either. Jafar is going down for a long time, but it still beats spending eternity locked in a lamp. 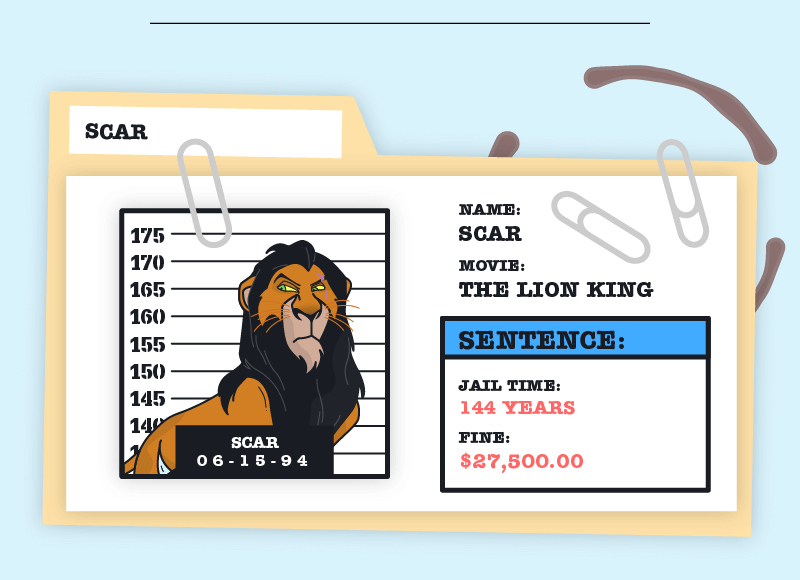 Now, we know what you’re thinking: how is the state of Illinois supposed to try a lion? Justice always finds a way though, and Scar is unlikely to receive much leniency.

His main crime, of course, is murdering his brother but he’s likely to do time for treason, attempted murder, child endangerment and battery too. 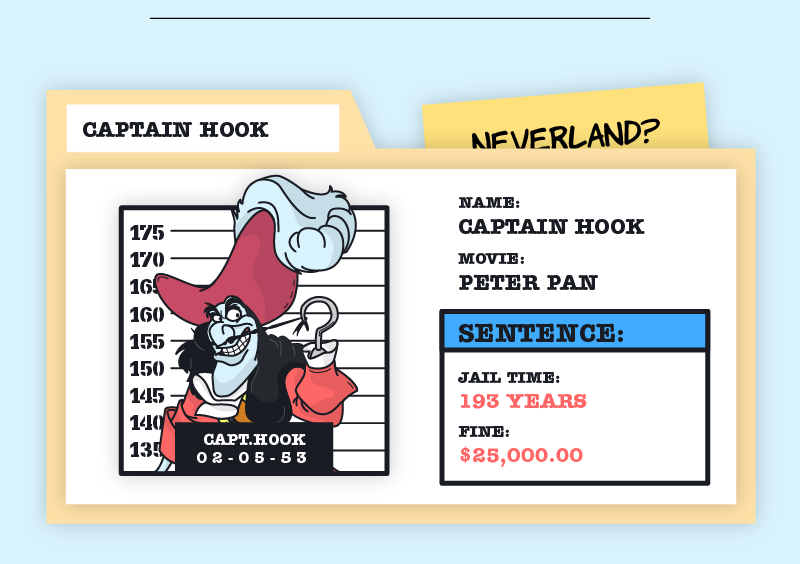 Who else? Peter Pan’s nemesis is guilty of attempted murder, murder and kidnapping, as well as piracy.

The sentences for those crimes are pretty hefty and Hook will undoubtedly spend the rest of his days in an orange jumpsuit.

Rewatch all the terrible crimes of your favorite Disney villains with the Decluttr Store! We have a huge range of Disney DVDs and Blu-rays at incredible prices plus FREE shipping!

Sentencing information sourced from findlaw.com. The prison sentences were calculated using sentencing guidelines for the State of Illinois. Please note, this information is purely for entertainment purposes and may not be 100% accurate or definitive.