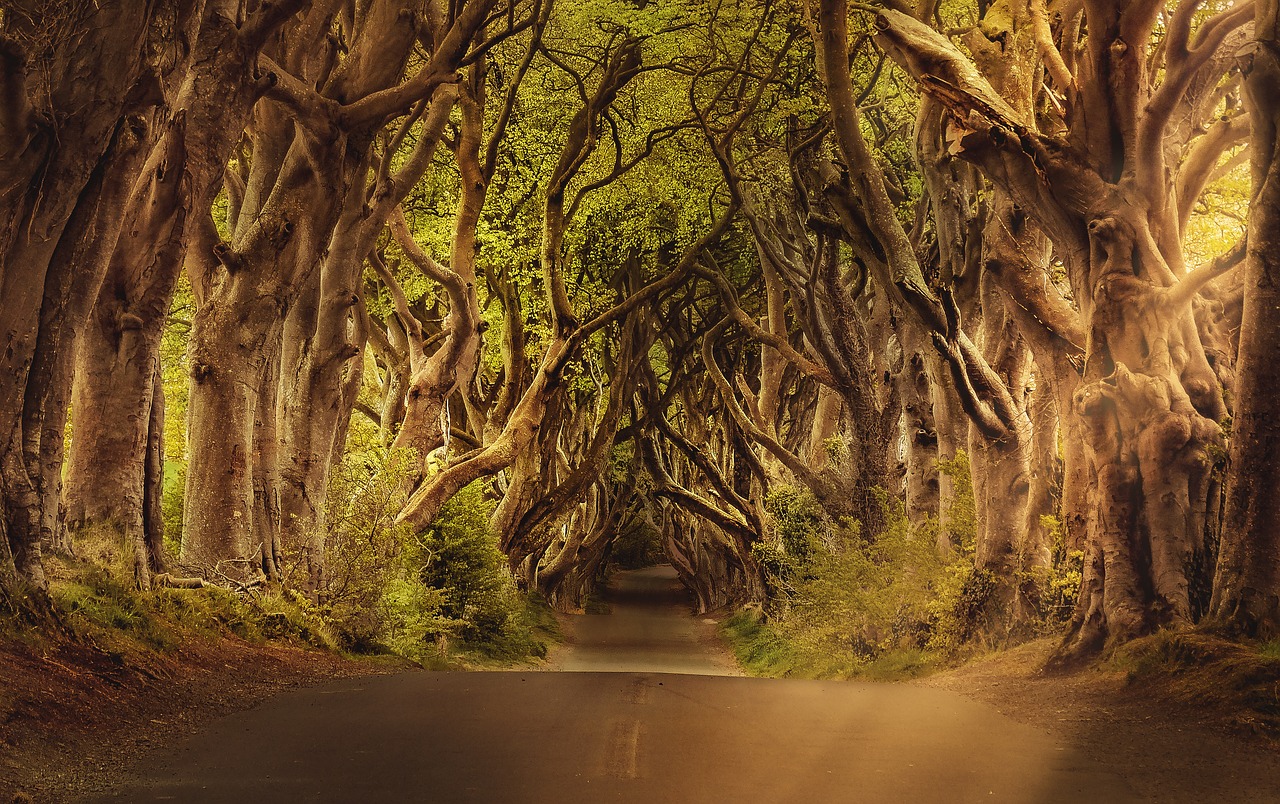 The best and worst deaths on Game of Thrones

The epic Game of Thrones series has come to a bloody end. Over the course of eight seasons we have seen brutal battles, devastating deaths and shocking tactics to gain power.

Houses have been wiped out but we have to admit, we take joy in some of the on-screen deaths we’ve witnessed. We look at the best and worst deaths shown on Game of Thrones.

Spoilers ahead! You have been warned.

The patriarch of House Frey endured a particularly brutal but satisfying end. He orchestrated the infamous Red Wedding, in which Robb Stark, his pregnant wife Talisa and mother Catelynn Stark lost their lives. Unbeknownst to House Frey, Arya witnessed the blood bath – which fueled her need for revenge.

After a spat with the Lannisters, Walder Frey eats a pie that has been brought to him by a young girl at The Twins. Despite his huge number of children – legitimate or otherwise – he’s certain it’s not one of his daughters so he slaps her on the behind. Frey is annoyed by Black Walder and Lothar’s lateness to the meeting but the girl explains they are here – meaning, they’re in the pie.

The girl is revealed to be Arya Stark, using an identity she stole from The House of Faces and she slits open Walder Frey’s throat.

The sweet, gentle giant that looks after Bran when he can no longer walk is a man of few words – one actually, just Hodor – but he’s loved amongst GoT fans. As the series progresses, we learn that Bran Stark is the Three Eyed Raven, and has abilities to see things no one else can see. One of those is seeing a young Hodor, his trusted friend.

Bran’s vision shows him the young stable boy Wylis, who knew Bran’s dad Ned. When looking back, Bran inadvertently links young Hodor to present Hodor, which causes the younger version to have a seizure. He begins repeating the “Hold the Door!” phrase Meera is calling out, eventually slurring into “Hodor”.

The young Hodor’s mind becomes damaged by the interference, explaining why he is simple minded when he gets older. In the present, Hodor is holding the door so Meera can escape with Bran and in doing so, sacrifices himself to the wights.

House Lannister aren’t known for being cute and cuddly, but Joffrey took the cake for being evil. After his father Robert’s death (we use the term father lightly here, of course…), Joffrey becomes king and is so drunk on power we doubt he could string a sentence together.

Joffrey’s cruelty knows no bounds. Although he was betrothed to Sansa Stark upon his father’s orders when he was alive, Sansa marries Joffrey’s uncle Tyrion and Joffrey is to wed Margaery Tyrell. On his wedding day, Joffrey is particularly cruel to his uncle who he publicly tries to humiliate.

As Joffrey continues to glug down his wedding wine and enjoys a particularly scathing piece of entertainment designed to embarrass Tyrion, his uncle makes a bankhanded comment so Joffrey pours his drink over him. He forces Tyrion to become his cupbearer and to bring him wine, so his uncle obliges. As he drinks, Joffrey begins to choke and all eyes are on Tyrion as the King is poisoned to death.

Ser Jorah’s first cousin may have been a mere child when she met her maker but in her short time in Game of Thrones, she made a real impact. She was outspoken, stood her ground and was seemingly attending the same school of bad-assery Arya graduated from.

In the final season, the battle between the living and the dead rages on. The wights infiltrate the castle during the Battle of Winterfell and Lyanna is there ready to defend the living and her family name. The dead giant pushes her out of the way with ease but Lyanna doesn’t give up without a fight.

She charges towards the giant to attack but he grasps her and crushes her in his fist. As she’s struggling to stay alive, she gives a courageous final blow, stabbing the giant in the eye. It’s enough to kill him and Lyanna is a hero.

The death of the head of the Tyrell house isn’t one we applaud because we wanted her gone, like we did Joffrey and Walder. Olenna’s death is so satisfying because everything was on her terms and it unravelled a huge plot seasons later.

After Cersei destroys the Great Sept of Baelor to evade her trial, only Olenna seemingly survives having fled King’s Landing days before. Olenna pledges her house to Daenerys Targaryen, but Ser Jaime Lannister and his army head to Highgarden to sack it.

Jaime decides to give Olenna the opportunity to die in a peaceful way, by having her drink poison. It takes Olenna back to when Joffrey passed away, and she links the two. She admits to Jaime that Joffrey’s death wasn’t down to Tyrion, but rather she had orchestrated it and she wanted Cersei to know.

Cersei Lannister caused havoc across each season of the show but when she finally died, it wasn’t as anyone really expected. She didn’t survive Daenerys’ tirade on King’s Landing and although she stays in the Red Keep as long as she can, there is no final showdown for the Queen.

Cersei did not pledge allegiance to Daenerys and held up at King’s Landing. When Dany arrived with her army including Cersei’s younger brother Tyrion, Cersei didn’t stand a chance. Having captured and beheaded Dany’s closest confident Missendei, Dany had to stand her ground and prove she was a force to be reckoned with.

A number of the army – namely Tyrion and Jon Snow – thought that when the bells rang that would be the end of the war yet it was only beginning. Dany rides on her beloved dragon and burns down the city, causing immense death and destruction.

There’s no face off with Cersei, who dies within the Red Keep with her brother Jaime by her side.

The legitimized bastard son of Roose Bolton, Ramsay shows himself to be as despicable as possible. It’s not enough that he tortured both Theon Greyjoy and Sansa Stark after they are wed, but he murders his house to ensure he inherits it. He faces off with Jon Snow in the legendary Battle of the Bastards.

Jon beats Ramsay in the battle, to a bloody pulp, but does not kill him as Sansa is yet to get her revenge. Ramsay is locked up in the kennels where his beloved dogs reside. Before the throws of war, Ramsay had starved his dogs – which probably wasn’t the best move…

Whilst he is barely conscious in the kennels, he is met with Sansa who calmly gets the revenge she is owed. She tells Ramsay that he will die, killing off his family name and house, to be forgotten forever. The penny drops of Sansa’s intentions and whilst Ramsay believes his dogs are too loyal to attack him, he loses his cool. The hungry dogs weren’t going to hold back – they devour their owner and the Starks rule the North.

As the head of House Stark and the Lord of Winterfell, you’d be forgiven for thinking Ned would be in it for the long haul as a major character. As we all learn the hard way, no character is safe and one of the clearest indications of how cruel Game of Thrones can be came in the form of Ned Stark’s death.

In just the first season, Ned becomes the Hand to King Robert Baratheon, his long-time friend. Despite trying to resign from the post, he remains as Hand until Robert’s untimely death in a hunting accident. Ned is set to become Protector of the Realm until Robert’s son Joffrey is old enough to take the throne. Things don’t go this smoothly, as Cersei tears up the letter naming Ned the Protector, and Joffrey takes the throne anyway.

Ned claims that Joffrey is the rightful king publicly which would appear to be the end of the issue. Rather than sparing Ned and exiling him to the Night’s Watch, Joffrey orders Ned’s execution in front of his distraught daughter Sansa.

The final season of Game of Thrones boiled down to one key mission – for the living to defeat the dead. In order to do so, they needed to get rid of the ruler of the dead, The Night King. As he’s seemingly after the Three Eyed Raven, Bran Stark, Bran says he’ll draw him out of the army of the dead.

Arya Stark makes a run for the Night King with her trusty dagger. He grabs Arya by the throat and stops her knife arm – until she drops it, changes hands and stabs the Night King. It causes the icy ruler to breaks into shards as do his remaining White Walkers.

Stannis Baratheon, who claims to be the King on the Iron Throne, is father to Shireen – his only child to survive after her older brothers were stillborn. She has a tough time with a difficult mother, a leadership-obsessed mother and having suffered from greyscale as an infant.

She teaches Ser Davos Seaworth how to read and he becomes one of her closest friends. We can’t help but feel sorry for this little girl. She adores her dad and tells him she would do whatever she could to help him. What she doesn’t realize is that her father intends to sacrifice her to the Lord of Light to further his possibilities of ruling over the Seven Kingdoms.

Shireen Baratheon is burnt alive as a sacrifice as Melisandre watches on. Shireen’s mother tries to run to her child, but is held back. The sacrifice seemingly works and Stannis’s army press on, while many of his men desert him and his wife hangs herself.

The head of House Lannister is all about honor, integrity and his family name. Tywin is well respected, his children look up to him and he is of course ruthless when needs be – it’s a Lannister trait. When it comes to youngest child Tyrion, there’s no love lost and Tywin doesn’t shy away from his distaste for the ‘imp’.

When Tyrion is on trial for Joffrey Baratheon’s death, Tywin strikes up a deal with Jaime so that Tyrion will join the Night’s Watch rather than being executed. Tyrion’s lover Shae takes the stand to give evidence against him, pushing Tyrion into announcing a trial by combat. His fighter, Oberyn Martell, loses the battle meaning Tyrion will die.

However, Tyrion is released by Jaime, and when he goes to his father’s chambers, he finds Shae in the bed. Tyrion not only kills his former lover, but he comes face to face with his father when he’s at his most vulnerable. He shoots his father with Joffrey’s crossbow, ending the tirade for good.

Upgrading your phone to stay up-to-date with all things Game of Thrones? Buy refurbished cell phones from Decluttr Store to save hundreds of dollars!

View all post by Laura Hamill.
← Everything you need to know about Queer Eye
Which Friends character does your state love the most? →