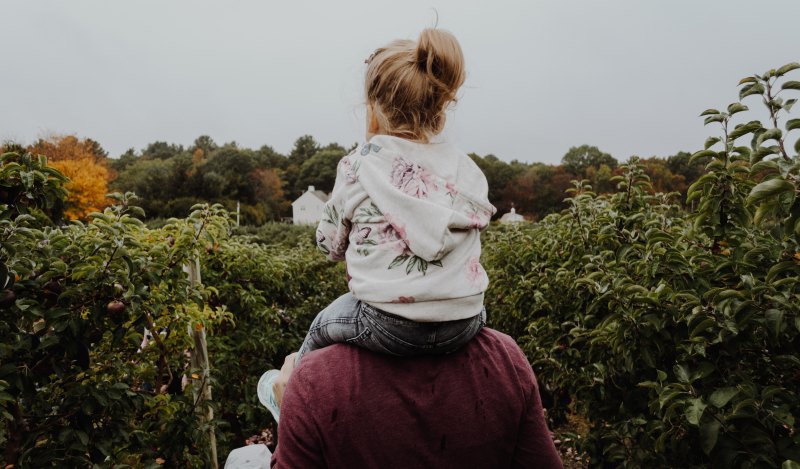 Who is the World’s Greatest (Movie) Dad?

To celebrate Father’s Day, we ranked ten of cinema’s most famous pops on 5 traits considered essential to being a good father:

Here’s how they matched up…

Darth Vader AKA Anakin Skywalker is the father to two children, Luke and Leia. When we first meet him, Darth hasn’t seen his kids for a while. Their reunion goes anything but smoothly, culminating in a galaxy-wide conflict that leads to one of the kids losing an arm. Father of the year, he isn’t…

Darth spends most of the Star Wars saga trying to convince his offspring to join him on the dark side. It’s only towards the end that he begins to show a bit of understanding.

Pretty much all of Luke and Darth’s time together is spent trying to kill each other with lightsabers. It’s not exactly a weekend at Disneyworld, is it?

Sure, Darth is a great role model if you hope to rule the galaxy with an iron fist. But if you want to be a normal, well-rounded human being, he ain’t your guy.

Did we mention he spends most of the movies trying to kill his kids? It’s only late in the game that Darth chooses blood over power.

Darth’s actions inspire one of his kids to train in an ancient form of space-ninjutsu, while the other forms a full-on rebellion against him. Say what you will about Darth, but he knew how to make life difficult for his kids.

Darth may be well-versed in the force but he has a long way to go before he masters fatherhood.

Jack Torrance, an author, took his family to an isolated hotel so he can spend the winter trying to write. Unfortunately, his lack of progress on the writing front sends Jack a little bit mad… and his poor old son Danny gets the brunt of it.

Jack isn’t the nicest of guys, to say the least.

Jack’s interactions with Danny mainly consist of chasing him around a maze with an axe.

Jack is a successful writer, which is pretty inspirational. Going mad in a hotel and trying to kill your family is less so.

Only if you consider ‘trying to murder your son with an axe’ supportive, in which case you should probably stop reading and go get some help.

What’s more challenging that trying to outrun a psychopath with an axe?!

All work and no play makes Jack a terrible father.

Dr. Evil, arch-nemesis of Austin Powers and full-time evil genius, is the father to two children: his biological son Scott and his adopted son (and clone) Mini-Me. It’s pretty clear who he loves more…

Be evil or be replaced by a two foot tall clone. It’s your choice.

Dr. Evil spends precious little time with Scott but is inseparable from his adopted son and clone Mini-Me.

Dr. Evil is a reasonably successful evil genius and lets Mini-Me (and later Scott) shadow his every move. They’re well-prepared to take over the family biz.

Dr. Evil’s disdain for Scott is no secret, but his nonchalance at the potential demise of Mini-Me is pretty shocking.

Dr. Evil is petulant, irrational and sarcastic. It’s pretty much like having a teenager for a dad.

Dr. Evil has the tools to be a good father. He just needs to open his mind a little and maybe cool down on the whole ‘taking over the world’ thing.

Bryan Mills is an ex-CIA agent and father to Kim, perhaps the world’s only teenage U2 megafan. When Kim goes missing in France, Bryan comes out of retirement to find and kill her kidnappers using his particular set of skills.

Not many fathers would let their daughter follow a band around Europe, especially if that band is U2. Bryan is also willing to kill people in all kinds of ways, which we guess is kind of open-minded.

Bryan, like a lot of dads in this list, spends most of his time away from his children. The time he does spend with Kim is pretty stressful.

In Taken 2, Bryan himself is kidnapped. Who comes to his rescue? You guessed it: Kim. He must have been so proud.

Going on a continental killing spree requires a special kind of loyalty.

Getting your daughter to save you from kidnappers is pretty challenging we guess, although Bryan gives her most of the instructions.

John McClane is a New York cop with a penchant for being in the right place at the wrong time. He also has two kids, Lucy and Jack (who is actually John Jr.).

John is a no-nonsense guy and is usually too busy to worry about whatever his kids are into. That might explain why they hate him…

When we meet them as adults, neither of John’s kids like him that much. In fact, Lucy goes by her mother’s maiden name, Gennaro. Luckily, John proves himself by doing what he does best: fighting terrorists and wisecracking.

For all his flaws, John McClane never, ever gives up. He’s also extremely resourceful and, most importantly, he has some great lines.

Like Bryan Mills, John McClane goes through a lot for his kids. Has your dad ever fought a plane with his bare hands? Thought not.

On top of all of his escapades, McClane is a wiseass who smokes and drinks a lot. He’s not exactly Dad of the Year material.

Don Corleone is the head of the Corleone crime family, one of the biggest factions in New York’s Cosa Nostra. As well as a godfather, he is an actual father to Sonny, Connie, Fredo and Michael.

Don Vito is open to Michael pursuing a career outside of the family but he is extremely strict when it comes to family values.

Despite his stressful and time-consuming career, Don Vito always makes time for dinner with his family and chats with the kids. Even if those chats are about whacking a rival don.

Don Vito is a great Mafia boss, but that doesn’t exactly make him a great role model. In fact, he is arguably to blame for Michael – his golden boy who he hoped would get out of the business – falling into the family business.

Family is everything to Don Vito.

Life in a crime family is never quiet. Sonny and especially Michael face countless tough decisions and hardships as a result of their father’s career choice.

There’s no doubting Don Vito’s skills as a father and family man, but his choice of career makes him a less than respectable role model.

Daniel Hillard loses custody of his kids in a divorce battle but can win joint custody if he can find a stable job and a home within three months.

So, of course, he dresses up as a portly Scottish woman and applies to be a housekeeper and nanny to his own kids. It probably made sense at the time.

The kids love Mrs Doubtfire and they spend a lot of time together, although the fact it was their dad all along probably makes the kids reflect a little differently on those good times.

If Daniel has just got a job and a house, he could have had joint custody of the kids within three months.

On the other hand, Dan missed his kids so much that he was willing to go full-method to spend more time with them. That’s dedication.

Getting your head around the fact your nanny is actually your dad in drag is pretty tough.

His methods are unconventional but Daniel is a loving and supportive father.

Alright, so Alfred isn’t Bruce Wayne’s dad but he did raise him from a young age. Unlike Thomas, he also had to deal with his adopted son choosing to dress up as a bat and fight dangerous criminals.

Alfred is surprisingly supportive when Bruce first announces his intention to become a crime-fighting vigilante, although he is often the voice of reason when Wayne starts getting carried away.

Alfred and Batman spend a lot of time together, although most of it is spent either formulating plans or fixing Bruce’s many injuries. When was the last time you saw them sit down for a nice family dinner?

Alfred has strong morals, determination and knows his way around complex cave-based computer systems. You couldn’t ask for a better adoptive parent.

Alfred is always on hand with an inspirational quote or anecdote when Bruce is feeling down.

It’s hard to challenge a kid as determined and intelligent as Bruce, but Alfred often presents a different perspective or counter-argument.

The king of Pride Rock, Mufasa (who sounds a lot like Darth Vader…) is the father to Simba. Unfortunately, a tragic event means Simba has to prepare to step into his father’s, erm… pawprints sooner rather than later.

Mufasa has strong opinions on how Simba should act as a future king but is understanding of his son’s youthful exuberance.

In the short time we see them together, Simba and Mufasa seem to enjoy each other’s company a lot.

Mufasa is a hugely popular king and beloved by his father. He’s practically the template for a good leader.

When Simba is at his lowest moment, Mufasa appears in the clouds to give him advice from beyond the grave. It doesn’t get more supportive than that.

Although he doesn’t let him visit the Elephant’s Graveyard, Mufasa generally does all he can to prepare Simba for life as a king.

Mufasa is the Dad King. Almost…

1. Atticus Finch (To Kill a Mockingbird)

Atticus Finch, a lawyer, is appointed as defence in a highly controversial case. His decision to pursue the case leads to tough consequences for his family, including his daughter Scout, but he never backs down.

When no-one else is willing to stand up for Tom Robinson, Atticus is there to dig deeper into the case – regardless of what the townsfolk of Maycomb think.

Being a lawyer isn’t a easy, but Atticus still manages to find time for his kids.

Atticus Finch is widely admired in the real legal world for his unshakeable morals and dedication to justice.

Atticus is strong-willed and loves his kids unconditionally.

Scout and Jem face some horrific abuse as a result of Tom’s trial, including a fight with local drunk Bob Ewell.

Dads don’t get much better than Atticus Finch, the world’s greatest movie dad.

Who is your favourite movie dad? Let us know in the comments!

Show your old man some love by treating him to something from the Decluttr Store. We’ve got thousands of CDs, DVDs and games to choose, as well as a ton of great value refurbished tech! All orders come with FREE shipping too.

You can also make extra cash with Decluttr! Sell books online, trade in games, sell CDs online with us or trade in DVDs. Plus, sell your old tech, including trade in iPad, trade in iPhone, head over to our sell my phone page and more.

View all post by Chris Smith.
← The Beginner’s Guide to Star Wars (So You Don’t Have to Watch Them!)
6 of the best Disney sequels →