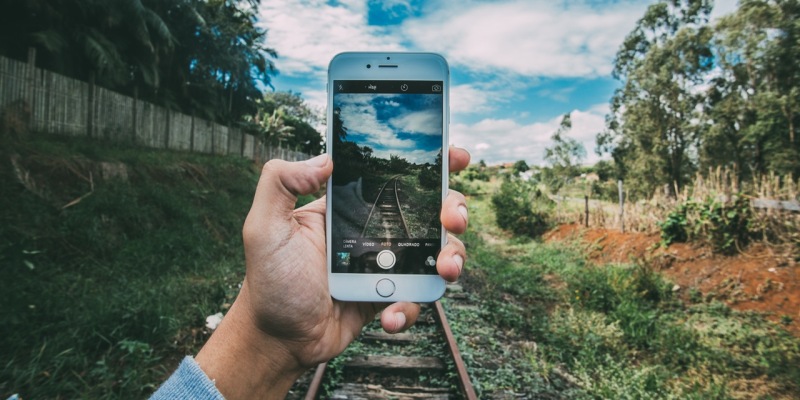 5 of the weirdest features on recent cell phones

Occasionally, though, cell phone manufacturers add a feature to their devices that makes you sit up and question everything. Here are 6 examples…

A Infrared Spectrometer AKA See-Through Vision

The Changhong H2 hasn’t actually been released yet, but it’s sure to make an impression when it arrives.

On the face of it, it’s a pretty standard phablet. It has a 6 inch screen, an octa-core processor and looks like a lot of similar smartphones.

There is one major feature that sets it apart though: a spectrometer. Firing out infrared beams, the spectrometer is able to identify the composition of objects. It can tell you what’s in your food, how much body fat you have and even whether a product is real or fake.

While it’s unlikely to be a major hit just yet, it’s another bold step forward for smartphone technology.

The Yotaphone came out a few years ago boasting a seriously unusual feature: two screens.

The front is business as usual, with a standard touchscreen that looks and performs like others on the market. On the back, however, is a 4.7 inch e-ink panel that can be used to text, update social media and read.

What’s more, this panel is constantly on too. You can even select an image to display on the screen when it’s powered down.

Ever wanted to pretend you’re Predator? The CAT S60 is the phone for you!

It features thermal imaging, which can read heat signatures and displays them in sweet Predator-O-Vision. The phone is designed for construction professionals, so they can see if insulation isn’t working and check hot water, but CAT suggest you can use it for stuff like finding the freshest loaf of bread at the market too.

As you’d expect from a phone built for construction professionals, the S60 is built like a tank. It can survive drops of up to 1.8m and submersion in up to 5m of water. Ladies and gentlemen, meet the world’s toughest phone.

With their flagships making millions, if not billions, of dollars, cell phone manufacturers sometimes like to experiment a little.

The Galaxy Beam (which sounds like a secret weapon from a sci-fi movie) was a pretty normal smartphone with one unique feature: a built in pico projector.

The projector let you project photos, videos and anything you could point the camera at onto walls up to 50 inches wide, which sounds like a pretty great idea.

The Beam wasn’t a huge success though, for a couple of reasons. The first is that, at the time, it just wasn’t that great a phone – especially compared to Samsung’s flagship S series. It also consumed a lot of battery, and the projection quality wasn’t that great.

Ultimately, there wasn’t much demand for a phone-based projector. Maybe Samsung will try again with the Galaxy S8.

LG are the maverick cops of the smartphone world. They don’t do things conventionally but they get results… well, usually.

The LG G Flex 2 is easily one of the most interesting phones released in recent years, with its key feature being the fact you could bend it slightly (intentionally, not like the iPhone 6). The idea is that the phone bends to the shape of your face and your behind, which means it won’t crack if you sit on it.

It’s a remarkable piece of tech, from the flexible Gorilla Glass screen to the world’s first (and possibly only) curved battery.

Like most of the phones in this post, the G Flex 2 wasn’t a hit. Maybe people just weren’t ready for a bendy phone, or maybe that just didn’t want to spend $700 on a phone!

Planning to upgrade soon, or just want to sell your cell phone and trade in iPhone devices? Get an instant price for it now, ship it for FREE and we’ll pay you on the same day it arrives!

View all post by Chris Smith.
← How To Make More Space On Your Cell Phone
The iPad is 7 years old. Do you still need one? →