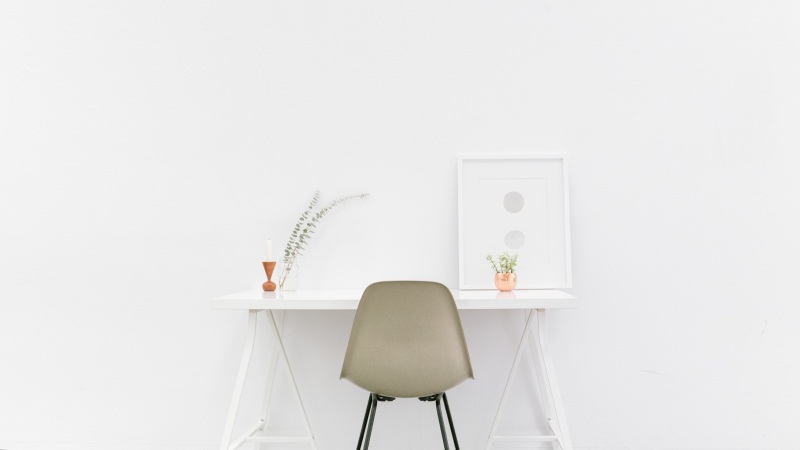 Declutter your home: How to finally get rid of that clutter

We’d all like to be super-organised minimalists, living lives free of clutter.

Unfortunately, some of us are psychologically built to hoard. Seriously, some scientists from the Yale School of Medicine looked into it.

They took a group of hoarders and asked them to start chucking out stuff, observing their brain activity while they did, and found increased activity in two areas of the brain associated with cravings and anxiety. During these periods, the hoarders reported feeling “not right”.

Luckily, we’re not all doomed to hoard for the rest of our lives. In fact, you can overcome your urge to hoard pretty easily.

Here are a few home organisation tips to help you sell CDs, DVDs and whatever else is cluttering up your home!

It’s weird how we form emotional attachments with our stuff. We place so much importance on little boxes of plastic that it’s hard to forget that…well, it’s just a little box of plastic.

When letting go of your old CDs, DVDs, Games or whatever, it’s important to remember that you’ll still have the memories that old albums, movies and games hold even if you get rid of them.

Plus, by getting rid of your old stuff, you’ve got more space to make new memories.

Give it one last watch or listen

Of course, it’d be silly not to acknowledge that our CDs and DVDs hold a lot of emotional and nostalgic value. One way to address this is by actually listening to or watching the items you’re planning to get rid of.

Josh Modell, a writer for the AV Club, is currently writing a series of features on his efforts to declutter his collection of 2000 CDs by the end of the year. Along the way, he’s writing about each artist and what they mean to him, before deciding whether or not to get rid of them for good.

Josh, like most people, isn’t getting rid of everything. He’s holding onto the important stuff. But he’s also realising that a lot of the stuff he owns isn’t worth keeping anymore.

You might realise the same thing when you check out some of your old stuff. They might not sound as good as you remember, or you may not enjoy the film you loved as a teenager so much anymore. Or you might reignite your love for them. Either way, this is a beneficial experience!

Remember all that stuff we said about your brain triggering certain responses when you try and throw stuff out? You can overcome them, although it takes work.

‘Surfing the urge’ is a term coined by Sarah Bowen, a research scientist at the University of Washington’s Addictive Behaviours Research Center. According to Bowen, all urges surge then crash and dissolve, just like a wave. To overcome them, you need to ride them out by first acknowledging them, then waiting to take rational action.

You can use this technique whenever you’re struggling to get rid of something you know you don’t need. Just acknowledge the struggle, let it happen and come to a rational decision afterwards.

This is the most important tip for anyone planning to declutter. When you pick something up, ask yourself if you really need it and be honest with the answer, even if it hurts a little. There’s no point even starting otherwise. While you may feel some regret in the short term, we guarantee you’ll feel better in the long run!

Putting if off makes it harder

There’s nothing wrong with a little procrastination, but putting off a major task like decluttering can actually make it worse. Although we’d like to believe we can handle something better tomorrow or next week, the reality is that it’ll be just as bad. And to make matters worse, you’ll feel guilty about it until the time actually comes.

So, don’t put decluttering off. Clear a few hours, take a deep breath and, in the words of the great philosopher Shia LaBeouf, DO IT!

Put in a box and leave it

If you’ve got stuff you think you want to get rid but just can’t bear to part with yet, put it in a box. We’ll call this the Box of Doubt, because that sounds awesome.

Anyway, put the Box of Doubt somewhere out of sight and leave it for a week. Then go back to it a week later and see how you feel about the stuff in there. How much did you think about it? Did you feel an urge to listen to any of the CDs?

Focus on the benefits

We often think getting rid of stuff is a bad thing, but there are plenty of positives too. You’ll have more space, some cash from selling your stuff and it’ll be much, much easier the next time you move too. There’s always a plus side!

If you’re ready to declutter, sell Games, old CDs, DVDs and trade in iPhone, iPad, MacBook with Decluttr and get an instant price, FREE shipping and fast next day payment. It’s fast, easy and FREE!