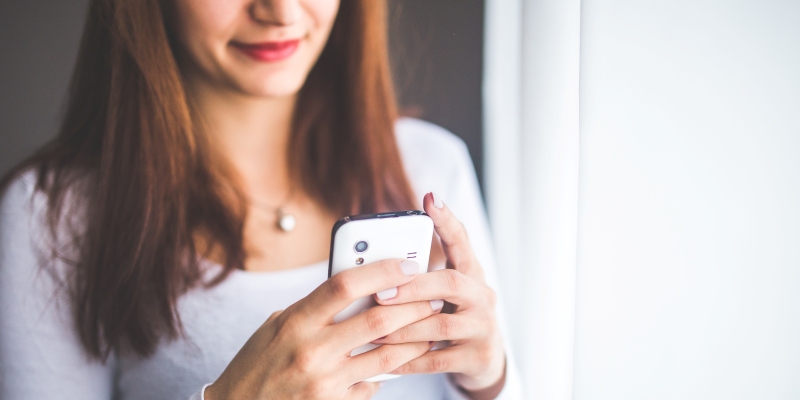 Is your phone your BFF? Here’s how to tell.

America loves smartphones. According to research by the Bank of America, 36% of us constantly check and use our phones throughout the day. 11% don’t think they could survive an hour without their handset.

Another report by Gallup suggests 81% of smartphone owners keep their device with them at all times, with 72% checking their phone at least once an hour.

You panic if it leaves your side for 30 seconds

You reach into your pocket or bag and – oh no. It’s not there.

Where is it? What if it’s broken? What if someone stole it and is posting weird stuff on Facebook? What if it runs out of battery and you lose it FOREVER?!

30 seconds later, you find it and feel more relieved than a turkey at the White House on Thanksgiving.

Back in the day, couples used to greet each other in the morning with a kiss and a smile. Now, the average morning routine involves answering emails, retweeting celebrities and reading a Buzzfeed article about cheese.

Waking up and falling asleep in front of your phone is not a good idea. Research has found that reading your phone in bed affects the release of melatonin, a hormone the brain uses to tell you its sleepy time, which affects the quality of your sleep.

You then wake up tired and spend your morning avoiding getting out of bed by – you guessed it! – playing on your phone.

You have phantom vibration syndrome

Ever felt your phone vibrate even though nothing has happened?

You’re not alone. Phantom vibration syndrome is an actual thing and research from the UK found that up to 90% of people suffer from it.

It’s caused by ‘learned bodily habits’, with researchers claiming that your phone becomes ‘part of your body’ in the same way someone who wears glasses doesn’t notice them. Basically, you’ve tricked your body into thinking that constant vibrations are totally normal.

You think it’s cute, but your friends are weirded out when you talk about spending time with ‘Carla’.

The weirdest phenomenon of the 21st century is talking to friends using your smartphone when they’re in the same room. It’s almost as if everyone prefers their phones to their friends…

You take it in the shower. You’ve had in the bath. If you were skydiving, you’d take a selfie and Snapchat it. Your phone is with you constantly, even if its very existence is at stake. Talking of existences being at stake…

If you’ve ever walked out on a busy street and nearly got knocked down because you were on Instagram, it’s time to reconsider your relationship with your phone.

Recognize any of these symptoms? Then it might be time to bid farewell to your small glass-and-metal buddy. Sell cell phones with Decluttr and we’ll give you an instant price, FREE shipping and fast next day payment. Click below to get started! Plus, you can also head on over to Sell My iPhone to sell an old iPhone you have lying around!

View all post by Chris Smith.
← 12 of the Biggest Goofs in Back to the Future
Do you own an embarrassing cell phone? Find out now… →