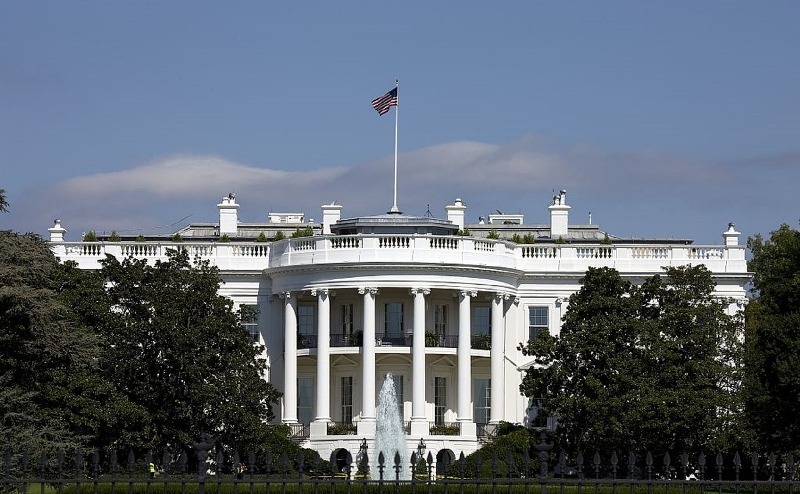 What are the Presidential Candidates’ favorite movies and bands?

With two primaries down, the presidential race is hotting up.

Over the course of several debates, we’ve heard a lot about where each of the candidates stand on the important issues – but where do they stand on movies and music?

Here are movies and music our potential future presidents watch and listen to!

Bernie Sanders’ doesn’t appear to have told anyone what his favorite movie is, although it’s safe to say it probably isn’t Sex and the City 2 as this satirical article claims (example reason: “It is funny and those ladies are easy on the eye. I’ll say!”)

Believe it or not, Sanders actually has two acting credits to his name. He appeared in the 1999 comedy My X-Girlfriend’s Wedding Reception as Rabbi Manny Shevitz, where he laments the move of the Brooklyn Dodgers to Los Angeles. Nope, we’ve never heard of it either.

His other appearance is in Sweet Hearts Dance alongside Don Johnson, Susan Sarandon and Jeff Daniels. He appears for about 45 seconds to answer the door to some trick or treaters, before his house gets egged.

Bernie is a big fan of classic music, especially Beethoven. He’s also the only candidate to record his own album, We Shall Overcome. It contained covers of folk classics and was released in 1987, when Sanders was the Mayor of hip Burlington. He recently performed with Vampire Weekend too.

The Donald provided MovieLine with a list of his 5 favourite movies back in 2012. The list consists of Citizen Kane, The Good, The Bad and The Ugly, Gone with the Wind, Goodfellas and The Godfather, although he told US Today that Citizen Kane is his favorite.

Trump has acting credits too, although he mainly played himself: they include Zoolander, Sex and the City and Home Alone 2. And he was the big boss in The Apprentice, of course.

Trump is a big music listener and has praised Neil Young in the past. In an interview with Rolling Stone, Trump said: “He’s got something very special…His voice is perfect and haunting”, although the two appear to have fallen out over the use of Young’s music on the campaign trail.

Hillary has told reporters her favorite movies are The Wizard of Oz, Casablanca, and Out of Africa, with Meryl Streep and Robert Redford her favorite actors.

In a previous interview, Clinton said her favorite bands are The Beatles, The Doors, The Rolling Stones and The Who. More recently, she released a Spotify playlist which included songs by Katy Perry, Kelly Clarkson, Pharrell Williams and Jennifer Lopez.

In short, she likes what your mom likes.

Unlike some of the other candidates, there’s no doubt what Ted Cruz’s favorite film is: The Princess Bride, the 1987 family adventure directed by Rob Reiner. He loves it so much that he enacted a whole scene from it late last year. “My media team is now having a heart attack”, he said after.

His music tastes are a little less clear, although towards the start of the presidential campaign he mentioned that he listened to classic rock until 9/11, when he started listening to country music due to “…the way they responded, it resonated with me.”

Marco Rubio is famous for his love of hip hop, particularly 2Pac. He’s even stepped into the West/East Coast debate, claiming that 2Pac’s lyrics were more ‘insightful’ than Biggie’s.

Rubio is also an Eminem fan, describing him as ‘the only guy who speaks at any depth’, and has expressed admiration for Nicki Minaj too.

When it comes to movies, Rubio’s favorites include Pulp Fiction, the always popular Godfather series and Wedding Crashers.

We can’t find any solid intel on Jeb Bush’s favorite movie, although we’re pretty sure it isn’t Oliver Stone’s movie about his big bro George W.

We do know that he visits the movie theater most weekends though and claims to have helped organize some of the shoots for Bad Boys II while he was Governor of California.

We struggled to find any reliable info on Jeb’s musical tastes either, although he’s been using tracks by the Zac Brown Band, Lynyrd Skynyrd and Aerosmith on the campaign trail.

Ben Carson has perhaps the most unusual favorite movie of all the candidates: the Arnold Schwarzenegger classic True Lies. He told Buzzfeed News he loves it because it’s “very, very funny”. We can’t disagree with that.

Musically, Carson is passionate about classical composers Bach, Vivaldi and Correlli, whom he listened to while working as a neurosurgeon.

We don’t know what John Kasich’s favorite movie is, but we definitely know what his least favorite is: Fargo. After renting the movie from his local Blockbuster, he was so shocked by the infamous woodchipper scene that he demanded they take it off their shelves.

Kasich describes Roger Water’s The Wall as the greatest concert he’s even been to, and has promised to try to reunite Pink Floyd if he gets into office. Surprisingly, he’s also a massive fan of Linkin Park.

Obama is a big fan of Jay-Z, with the two apparently quite close friends. Adding further to his hip-hop cred, Obama’s favorite song of 2015 was How Much A Dollar Cost by Kendrick Lamar.

Sell your CDs online, DVDs and trade in Games with Decluttr and make fast cash! Also, you can sell books online, trade in iPhone and trade in iPad with us. Just click below to get started.

View all post by Chris Smith.
← The Illustrated Guide To Movie Star Anagrams
Most unwanted. The most traded CDs, DVDs and Games by state Christmas 2016 →